Zygmunt Bauman, who died on 9th January this year, was a renowned and widely influential sociologist, whose intellectual influences included Sigmund Freud’s body of psychoanalytic theory. Bauman lived, and suffered, through the catastrophic upheavals of the Second World War and its aftermath. Born to Jewish parents in Poznań, Poland in 1925, his family fled upon the Nazis’ invasion in 1939. The Baumans escaped to the USSR and, several years later, Bauman enlisted in the Soviet-controlled First Polish Army, as part of which he fought in several battles.

As an exiled teenager in the USSR, Bauman was compelled by Marxist theory and became a committed communist. However, he would later grow disillusioned with communism, after witnessing the destruction it wreaked across the Soviet Union. After the war was over he returned to Poland, where he completed his M.A. and then took up a lectureship at the University of Warsaw. It was at the university that, in 1948, he met fellow academic Janina Lewinson. They were both still in their early twenties, and he proposed to her after knowing her for little more than a week. Many years later their daughter Lydia described this as typical of her father’s perennial hurrying; he was always on the move, always keen to make decisions and get things done. Zygmunt and Janina would remain devoted to one another for the next sixty years, until Janina died in 2009.

In the midst of the anti-Semitic purge of 1968, Zygmunt and Janina – both ethnically Jewish – were sacked from their university posts and driven out of Poland, along with thousands of other Polish Jews. They were in their late forties by this time, and had three children. To be forced to endure persecutory exile once again, having worked throughout the post-war years to build a stable, meaningful life, was deeply upsetting, indeed traumatic, for them. The family first moved to Israel, where Zygmunt worked briefly as a university lecturer, and then to the UK, where he became Professor of Sociology at the University of Leeds. He continued to teach at the university until 1991, when he became Professor Emeritus, and he and Janina remained in the city for the rest of their lives.

Despite his early move away from communism Bauman always remained, by his own admission, deeply indebted to the writings of Karl Marx. What he grew disillusioned with was the political expression of Marx’s thought in communist ideology, the devastating failure of which he experienced first-hand. It seems likely that, having lived through an era devastated by totalitarianism of various shades, Bauman was profoundly wary of all rigid or all-encompassing ideological systems. His own academic writing came to be defined by a certain scepticism, and a refusal to accept easy solutions to difficult problems. Bauman has long been highly respected by sociologists, philosophers, political thinkers and others across Europe and Russia, and particularly in Germany. He was deeply influenced by many left-wing and socialist thinkers, including post-Marxist theorist Antonio Gramsci and sociologist Georg Simmel. His thinking was also importantly shaped by Freudian theory, particularly by his ideas about repression, the ‘Other’, the dangerous appeal of ‘strongman’ leaders, and the role of anxiety in our individual and collective lives.

In the latter part of his career, Bauman began to trace the dynamic conflict between our desires for security and freedom, and what we risk when we trade one for the other. He developed, through numerous books and articles, a theory of ‘liquid modernity’: in our liquid modern world, the ground is always shifting, and nothing – neither work, nor relationships, nor social standing – is stable or certain. Bauman gave the 2012 British Psychoanalytical Society’s Ernest Jones Lecture on this subject. His lecture, titled ‘Culture, Identity and Liquid Modernity’ looked at our relationships with, and within, the advanced capitalist world of the early twenty-first century, and compared our present reality with that which Freud portrays in ‘Civilization and its Discontents’. Freud’s society was one in which mental conflicts spring from a lack of freedom; a freedom sacrificed for the sake of supposed security and stability. In Freud’s model, the individual suffered for the repressions required by a secure but un-free society, and was constantly struggling against the repressive constraints of self-judgement, self-denial and self-control. However, in the late twentieth and twenty-first centuries, Bauman asserted, we have overturned this bargain and are suffering from an increasingly globalised, de-localised, lack of security. Bauman saw this replacement of security with freedom as the root of our current predicament, in which we are constantly anxious, untethered, floating in a shifting – or ‘liquid’ – world. He recently spoke about how our freedom, long desired and now gained, is perhaps not truly freedom at all and, at any rate, has been hijacked by and co-opted to the profits of alarmingly powerful global corporations.

In an interview with psychoanalyst Daniel Pick, Bauman talked about the phenomenon of brainwashing. He described how, in times of conflict, governments accuse enemy states of brainwashing their populations, in an attempt to undermine their support and delegitimise their authority. During the Cold War, the Americans and Soviets engaged in this kind of psychological warfare, each demonising the social structures, economic models and political ideologies of the enemy ‘Other’, and thereby reinforcing their own people’s faith in their societies as good, righteous, and superior. Tracing the development of mass psychological manipulation in the late twentieth and early twenty-first centuries, Bauman identified consumerist culture as an increasingly ubiquitous form of brainwashing, in which desires are no sooner met than superseded by new desires, new needs, and seductive promises of fulfilment. He invoked the nineteenth-century German poet Goethe – as well as echoing Freud – when he warned of the danger of conceiving of life as, “a collection of gifts picked up from the unlimited container of pleasurable items.” He observed how aggressively advertising companies target children, arguing that a fixation on continual acquisition hinders their vulnerable, still-growing brains from fully developing essential capacities such as long-term focus and concentration. Bauman was insistent that life’s problems cannot be solved through endless material consumption, and his own life was defined both by determined struggle in the face of adversity, and by his passionate commitment to his work, relationships and ideas.

Throughout his long career, Bauman thought deeply about some of the most disturbing aspects of human social life, and particularly about the horrifying political events of the twentieth century. His analyses of the modern world often led him to troubling conclusions, and he was particularly worried about the re-emergence of an aggrieved and destructive strain of political populism, which, he well understood, is all too willing to cast aside individual liberties. However, he was not despairing about our collective potential to re-make the world for the better, describing himself as, “a short-term pessimist and long-term optimist.” Bauman saw the arc of human social progress as long and slow, but hopeful nonetheless. Indeed, toward the end of his life he concluded that: “The last faith left to me is faith in humanity. It creates a lot of problems, but it is also supremely expert in resolving them.” 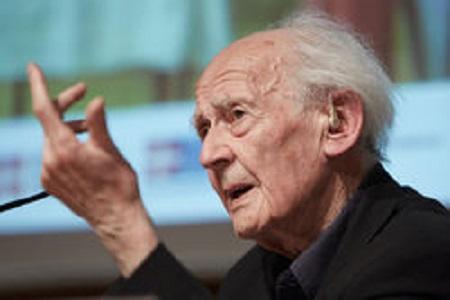