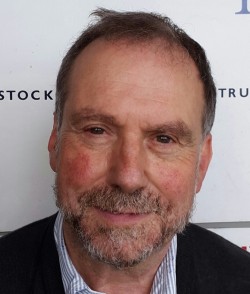 David Bell (born 1950) has made contributions to psychoanalysis which combine depth and range.

In demand internationally as a speaker and teacher, he lectures and publishes on psychoanalytic theory and technique and on the relationship between psychoanalysis and literature, philosophy and politics. As a health service psychiatrist he fights for the survival of the psychoanalytic perspective in the public sector, and regularly teaches and inspires younger generations of colleagues across many disciplines. He has a talent for articulating complex ideas in a calm and convincing way in media interviews.

A training analyst of the British Psychoanalytical Society who served as its President from 2010 to 2012, Bell is a Consultant Psychiatrist in the Adult Department at the Tavistock and Portman NHS Foundation Trust, where he was Director of Postgraduate Training for many years and leads a specialist service (the Fitzjohns Unit) for the treatment of patients with enduring and complex problems. He was the 2012-13 Professorial Fellow at Birkbeck College and is an Honorary Senior Lecturer at University College London

Working in the tradition of Freud, Klein and Bion, Bell has published numerous papers and book chapters, and has made significant contributions to the explication and development of psychoanalytic theory. He has for example written on hysteria (1992), on projective identification (2001), on paranoia (2003), on the concept of the death drive (2015) and, together with Hanna Segal, on narcissism (1991). He has been deeply influenced by the work of Hanna Segal, and edited a two-volume Festschrift celebrating her work: Reason and Passion (1997) and Psychoanalysis and Culture (1999), contributing to both volumes extensive introductory essays (one further developed and published following Segal’s death (Bell 2015)).

Like Segal (1987), he has an abiding commitment to the political ‘Left’ and is convinced that psychoanalysts should not stay silent in the face of serious political and social oppression and denial. His paper 'Primitive Mind of State' (Bell 1996), a psychoanalytic critique of the marketisation of the public sector, has been very influential. More recently he has written on the deterioration in the care of the mentally ill.

He is particularly concerned with the way need and vulnerability can become an object of institutionalised contempt, for example in the current discourse of ‘strivers versus scroungers’. In a similar way, Bell is concerned about the way we may be encouraged to deny and project our own hate and destructiveness into ‘out’ groups such as asylum seekers - Bell is a leading psychiatric expert on asylum and immigration.

The founder of a longstanding discussion group between philosophers and psychoanalysts, Bell (2009) eschews the relativism of a postmodernist approach, firmly locating psychoanalysis as a discipline that pursues realism and psychic truthfulness. He is respectful of the contribution of other disciplines to a deep understanding of the mind, and, for example, particularly admires the work of the philosophers Richard Wollheim and Hannah Arendt (1963).

Bell’s engagements with literature include his papers on Denis Potter's 'Singing Detective’ (Bell 1999) and Wilde’s ‘Dorian Gray’ (Bell 2006), in each case adding psychoanalytic insight to the author’s illustration of the character’s struggle with mental paralysis and retreat from reality. He has also made numerous contributions to psychoanalytic scholarship in Shakespeare (in a series at the Institute of Contemporary Arts (ICA) in London) and in a number of conference papers. His discussion of Othellowith Simon Russell Beale and Terry Hands is now available as a DVD, 'Iago on the Couch'.

Jane Milton, 2016 - published with permission from the Melanie Klein Trust

1997 Bell, D. (ed.) Reason and Passion: A Celebration of the Work of Hanna Segal. London: Duckworth.

1999 Bell, D. 'The Singing Detective: A Place in Mind'. In Psychoanalysis and Culture (above).