Disavowal: Sally Weintrobe and the Psychoanalysis of Climate Change Denial

What can psychoanalytic ideas bring to the discussion on climate change?

We spoke to Sally Weintrobe, a psychoanalyst and editor of Engaging with Climate Change, in which psychoanalytic ideas are used to help understand why we are in denial about climate change and the earth's future.

Here she discusses the idea of Disavowal, a state in which we're aware of climate change and its effects, but 'find ways to remain undisturbed' by the implications of it, rather than being stirred into action.

This is the first in Connecting the Dots, a series in which we intermittently look at how psychoanalysts are applying their ideas to a variety of other fields, offering commentary and provoking debate. We hope you find this interview interesting and welcome your comments.

Sally Weintrobe Interview: "Disavowal" from Institute of Psychoanalysis on Vimeo.

You can see more of this interview and find out more about Sally's work on her website at sallyweintrobe.com.

She has also allowed us to reproduce a section of the introduction of Engaging with Climate Change, to give you a fuller look at the themes she and other contributors have addressed as they discuss climate change from a psychoanalytic perspective. If you'd like to read on, a longer version is attached at the bottom of the page for you to download as a PDF.

An extract from the Introduction of Engaging with Climate Change (Routledge, 2012)

Climate change denial is an important topic in the book, and three forms are distinguished. These are denialism, disavowal and negation. This brings new and much needed clarity to the subject. It is important to distinguish the three as each form is radically different in cause and has different effects.

1. Denialism involves campaigns of misinformation about climate change, funded by commercial and ideological interests. Denialism seeks to undermine belief in climate science, and authors such as Monbiot (2006) have charted the techniques it uses. Denialism has been termed an industry and doubt is its main product (see Orestes and Conway 2010).

Cohen (author of States of Denial, 2000) points out in his discussion of Hoggett’s essay (chapter 4) that ‘denialism is expressed in a learned, shared public language; the activities of claim makers and moral entrepreneurs are organized, planned, intentional and – sometimes less obviously – ideological’. Hamilton, in chapter 2 , charts the way that: ‘global warming has been made a battleground in the wider culture wars’ in the United States. He points out that denialists have ‘adroitly used the instruments of democratic practice to erode the authority of professional expertise’. He means scientific expertise in particular. He observes that one can now predict a person’s attitude to global warming if one knows their attitude to same-sex marriage, abortion and gun control.

2. Negation involves saying that something that is, is not. Negation defends against feelings of anxiety and loss and is often resorted to when the fi rst shock of a painful reality makes it too much to bear, for now, all in one go. In a psychoanalytic account this is the first stage of mourning, where a person may begin by saying ‘it’s not true’, then angrily accept it is true, and only then start to feel grief and acceptance.

3. In disavowal reality is more accepted, but its significance is minimized. In his discussion Cohen writes: ‘ “True denial” requires the special paradox of knowing and not-knowing at the same time.’ His definition of ‘true denial’ corresponds with the psychoanalytic concept of disavowal.

The distinction between negation and disavowal is an important one when looking at climate change denial. On the face of it, to deny reality in an outright way (negation) can seem a more serious evasion than seeing it, but with one eye only (disavowal). However, when one looks beneath the surface and studies the underlying structure of the defences in each case, disavowal is a more serious and intractable form of denial. Negation is a more transient defence and can be a first step towards accepting the painful reality of climate change. And, while negation says no to the truth, it does not distort the truth. Disavowal, by contrast, can be highly organized at an unconscious level and can become entrenched. It distorts the truth in a variety of artful ways. Disavowal can lead us further and further away from accepting the reality of climate change, with murderous and suicidal consequences. This is because the more reality is systematically avoided through making it insignificant or through distortion, the more anxiety builds up unconsciously, and the greater is the need to defend with further disavowal. In the long run disavowal can lead to a spiral of minimizing reality with an underlying buildup of anxiety and this makes it dangerous.

Because disavowal involves an entrenched ‘quick fix’ approach to problems, it actually only stores them up for later with interest accrued. It involves a destructive attack on the rational mind and is anti-meaning. Disavowal can arise in individuals or in groups of people, and it can also characterize a culture. Hoggett describes in illuminating detail the features of a perverse culture of disavowal. The prevailing view across the chapters is that currently denialism and disavowal are the dominant forms of climate change denial in Western societies. 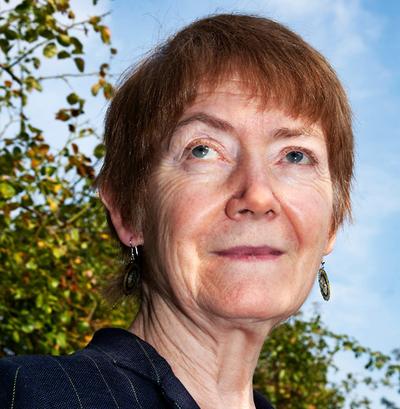