This coming weekend (9th-10th June 2017), the Institute of Psychoanalysis will be hosting a conference on poetry and psychoanalysis, focusing on ‘Creative Borders and Boundaries’. On Friday evening and throughout Saturday there will be poetry readings, lectures and discussions, with poets, academics and analysts exploring ideas around creativity, politics and consciousness across the separate, yet often complementary, worlds of poetry and psychoanalysis.

Co-organiser Susanne Lansman has talked about the motivations behind the event:

After the 2016 EU Referendum, like almost half the country I felt an intense sense of loss. I realised that my long-held interest in and respect for our European neighbours had been much enhanced by the ties that had developed over the last few decades. The European project had felt reparative after years of hostility and war. Like many of us who live in London, I appreciated the multicultural, multinational world I inhabited. Then, last June, it felt as though it was all being ripped away. I was appalled by the idea that those who represent us – the politicians and press – were making our visitors, refugees and asylum seekers feel unwelcome, and pointing to them as the cause of our country’s ailments.

When I went to the school playground to pick up my children, or spoke to my neighbours or colleagues at the Institute at Psychoanalysis, there was a clear need to talk through our terrible shared feeling of loss. The idea for a conference on poetry and psychoanalysis grew out of these feelings, and then the IoPA’s Luke Perry put me in touch with Kathryn Maris, poet, teacher and PhD student at Goldsmiths, and Catherine Humble, academic at Kingston University. The three of us got together and thought about poets and poetry scholars who might fit in with our theme of ‘Creative Borders and Boundaries'. It soon emerged that ideas about immigration and freedom of movement were very much in the air; all we had to do was tap into them. Particularly, we wanted to form a discursive, exploratory response to the rise of hard rightwing politics and anti-immigration rhetoric. In this climate, I had a strong feeling – which I think my fellow organisers share – that a dialogue between poetry and psychoanalysis would be enriching and enlarging for both communities. 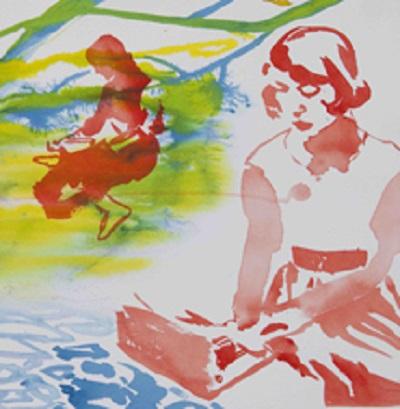