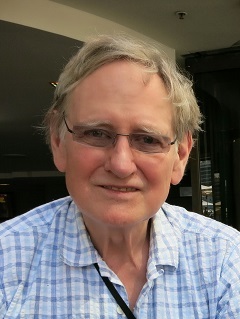 Patrick Casement is a retired fellow of the British Psychoanalytical Society. He worked as a psychoanalyst for more than forty years, and has written several books and numerous papers on clinical technique. Most prominent among these is On Learning from the Patient, which, since its publication over thirty years ago, has been translated into many languages and used across the world by professionals, both in psychoanalysis and related fields.

Casement was born in Surrey, where he lived until he was two, at which point his family moved to Malta. His family would move often during his childhood, in the tumultuous years of the Second World War. He went on to study Anthropology and Theology at Cambridge, and then decided to enter the probation service. In preparation for this he spent six months as a bricklayer in Sheffield, after which he moved to London to begin his first job as a probation officer. He spent the next ten years as a social worker, before retraining in psychotherapy. When he started taking on his own patients, he quickly grew uncomfortable with the feeling that his training had equipped him only to treat their problems in a superficial way: to offer surface reassurance rather than profound therapeutic help. As a result of this, he decided to have an analysis, and this important personal experience led him to train as a psychoanalyst himself.

From the beginning of his psychoanalytic training, and throughout his subsequent career, Casement was opposed to relying too heavily on particular theories in the consulting room. Instead, his clinical approach was to use whatever made sense with a particular patient in a particular moment; he was not concerned with where a theoretical or technical tool originated – from which thinker or school it emerged – as long as it was useful and true to the work he was doing with that patient. His experience in social work also instilled in him a certain pragmatism, which he retained throughout his analytic career. With regards to the analyst’s role, he returned often to Winnicott’s metaphor of the spatula, which can be shoved down people’s throats, or used playfully, experimentally and expressively. In the same way, he believes that an analyst should not impose theories on a patient, rather that he or she should allow him- or herself to be psychologically explored and played with by the patient.

Casement has long found deep sources of inspiration in the thinking of various analysts, notably D. W. Winnicott. He would often find himself calling on one of Winnicott’s clinical observations in the midst of an analytic session. Some of his concepts, such as the ‘use of an object’, did not make immediate sense to him in the abstract. Rather, upon encountering it in a live exchange with a patient, the full meaning and importance of it would strike him. Indeed, Casement found in Winnicott’s writing a helpful delineation of some of the ways in which an analyst can be more fully engaged with by a patient, even – or especially – at points of apparent failure or rupture in the analysis. Winnicott’s emphasis on the dynamic back-and-forth between analyst and patient is something that resonated with him and came to feature prominently in his own work. Michael Balint and Wilfred Bion have also influenced him significantly, and he found some of Bion’s contributions to analytic thought, particularly his clinical insights, profound.

Characterised by clarity and careful attention to detail, Casement’s writing deploys technical language sparingly, and is accessible to a substantially wider readership than those specialised in psychoanalysis. This seems to result partly from a natural tendency to express himself in an uncomplicated manner, and partly from a deliberate choice to present his ideas to a wide range of readers, that they might be made use of in a wide range of contexts. One example is his account of the analytic work he carried out with a patient, Mrs B., which featured in On Learning from the Patient, and has been widely cited. His description of this analysis and the ways – not always obvious – in which an analyst can be used by a patient, demonstrates how important it is for the analyst or therapist to be nimble, open and alert to unspoken and unconscious phenomena. His lucid tracing of the connections between the here-and-now of the session and past lived experiences – how they interact and evolve over time – is a defining feature of his writing.

His first book, On Learning from the Patient (1985), sprang from a wish to clarify ideas in his own mind, and its subsequent influence and inclusion on many training courses are testament to how helpful others found this account of what he had learned as an analyst. In his view, if one believes in the central importance and value of learning from the patient, there will always be something new to be understood and discovered, however experienced an analyst might be. One of the most enduringly moving aspects of his analytic work was witnessing the gradual process of an emotionally damaged, stuck patient beginning to unfreeze; to transform and become more authentically him- or herself.

Casement has given lectures in many countries across the world, including the USA, Canada, Sweden, Norway, Denmark, Italy, Germany, Romania, Bulgaria, Ukraine, Israel, Greece, Spain, Japan and Australia. His talks and lectures were aimed at psychoanalysts as well as psychotherapists, psychiatrists, counsellors and psychologists. He led one workshop on his idea of ‘internal supervision’ many times, both in the UK and abroad.

2017 Casement, P. Ways of Working: a synopsis of contributions to psychoanalytic technique. BPAS bulletin (October 2017) and International Journal of Psychoanalysis (2017: No. 6).

2015 Casement, P. Growing up? A Journey with Laughter. Karnac.

2002 Casement, P. Learning from our Mistakes: Beyond Dogma in Psychoanalysis and Psychotherapy. London, Routledge. (Winner of the NAAP’s Gradiva award for contributions to Psychoanalysis)

1985 Casement, P. On Learning from the Patient. London: Routledge.

1982 Casement, P. Some pressures on the analyst for physical contact during the reliving of an early psychic trauma. International Review of Psycho-Analysis, 9: 279-86.