My friend and colleague Eric Rayner, who has died aged 90, was a psychoanalyst, writer and teacher of remarkable empathy and independence.

As chair of the British Psychoanalytical Society’s board and council (1981-84), Eric was a driving force in ensuring that psychoanalysis should extend beyond London and was instrumental in setting up successful training courses away from the capital.

His concern for fairness and justice led, among other activities, to his becoming a founder trustee, in 1999, of the Refugee Therapy Centre, alongside Jeremy Corbyn. Colleagues talk of Eric’s warmth, his inclusiveness and fearless honesty.

He was born and brought up in north London, the son of Allen, a civil servant and Julia (nee Hoare), a teacher. As a boy, Eric had been fascinated by a picture of one soldier bayoneting another and became determined to join the military.

After experiencing the blitz in London during the second world war, he left Merchant Taylors’ school at 16 to become a naval cadet and he served as a midshipman on a destroyer bound for the far east. Under fire in the Pacific, he found both fear and courage, as well as the excitement of battle. By the time the war had ended he was a submariner and visited the devastated city of Hiroshima, which led him to question mankind’s and his own joy in killing. In 1949 he left the navy to study psychology at University College London and went on to do a PhD, which laid the foundations for his 1971 book, Human Development.

In 1957 he began psychoanalytic training at the BPS while working as a clinical psychologist at the Cassel hospital in Richmond, where he stayed for 10 years, and where, as a friend and colleague of my father’s, he and I first met. He later became my own friend and senior colleague through our psychoanalytic work, a connection of more than 60 years.

A great teacher, with the gift of communicating difficult and subtle ideas, he also devoted himself to writing. Human Development, The Independent Mind in British Psychoanalysis (1991) is essential study for those in the field, and Unconscious Logic: An Introduction to Matte Blanco’s Bi-Logic and its Uses (1995) demonstrates his ability to clarify complex thinking.

His first marriage, to Mary Grigson, ended in divorce. In 1982, he married Dilys Daws, a child psychotherapist. Latterly, as Alzheimer’s disease caused his intellect to fail, the strength of that relationship stood him in great stead.

Eric is survived by Dilys, his children from his first marriage, Sarah, Will and Ben, his stepchildren, and his grandchildren. 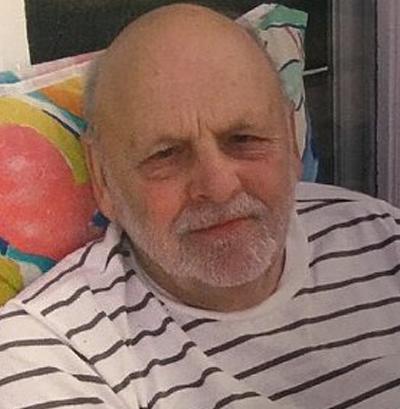