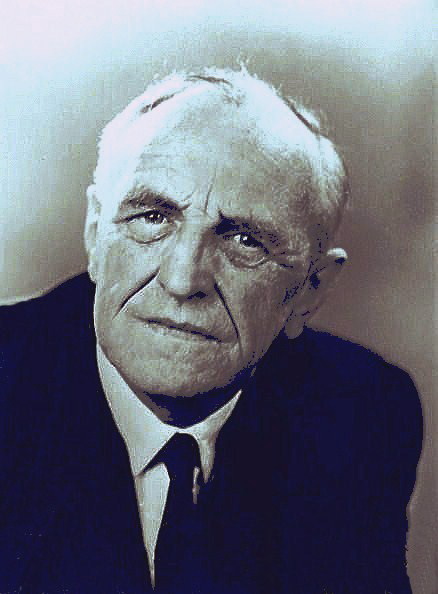 Donald Woods Winnicott was a paediatrician who was amongst the first cohort to train as a psychoanalyst in the late 1920s.

His contribution to the evolution of psychoanalysis constitutes a significant shift from classical Freudian theory. From 1945 onwards, post Controversial Discussions, Winnicott’s scientific papers forge a particular psychoanalytic approach associated with the Independent Tradition (see Kohon 1989). While Freud’s focus was on psychosexuality and the Oedipus complex, Winnicott’s focus highlighted the very start of life as his psychoanalytic clinical findings illuminated the significance of the parental role in early object relations. Thus, at the core of Winnicott's contribution is the parent-infant relationship.

Abram has suggested that Winnicott’s dialogue with the concurrent Kleinian development, sharpened his ideas and as a consequence the result of his life’s work could be seen as constituting a Kuhnian paradigm change by 1971 when he died (Abram 2007). The earlier work of Marjorie Brierley, who emphasised that psychoanalytic technique should follow the ‘Ariadne thread of transference affect’ anticipates Winnicott’s concept of the environment-individual set-up and countertransference (see Winnicott 1949; the Entry Marjorie Brierley).

Winnicott’s writings are made up of scientific papers, reviews, journal articles and correspondence. His first publication was in 1931 Clinical Notes on Disorders of Childhood produced as one of a Practitioner’s Aid Series for paediatricians. At the time of that publication Winnicott was in the process of undergoing the analytic training in London and had been in analysis with James Strachey since 1923. He qualified as an adult psychoanalyst in 1934 and a year later qualified as the first male Child psychoanalyst. For the following three decades Winnicott worked as an analyst in private practice, with both children and adults, alongside his work as a paediatrician. He was particularly well known for his paediatric clinic at the Paddington Green Hospital in West London. Consequently, Winnicott’s contribution to the evolution of psychoanalysis was shaped by his deep engagement with families, especially babies and their mothers, alongside his experience of personal analysis. In fact, he wrote, that it was only through his experience of being in analysis that he was able to see the baby as a human being (Winnicott 1989). Winnicott was referring to how the experience of being in analysis stimulates the patient to access profound infantile states of mind. The analytic setting facilitates this response.

Winnicott's work has been identified as a theoretical matrix with 3 distinct phases each marking a a major theoretical achievement:

Winnicott's early scientific papers question the human condition and what it means to be a subject. He asked, 'What is it that makes life worth living?' and showed that psychoanalysis was a study of human nature as well as a therapeutic method (Winnicott 1988). At the centre of Winnicott's theoretical matrix is the concept of a sense of self that could only evolve in the context of a facilitating environment i.e. the parent-infant relationship. Each major theoretical advance constitutes an overarching concept that underpins the evolution of his thought.

Winnicott's realisation, in 1942, that 'there's no such thing as an infant' highlighted the fact that it is not possible to see an individual without taking into account the profound psychic influence of the parents. This observation built on Freud's recognition of the transference as a manifestation of psychic transmission related to the infant's early psychic history. Because of the infant's dependency on the object his evolving sense of self inevitably incorporated the parents' emotional transmissions.

This is a concept that accounts for the interpsychic-intrapsychic dynamics of the subject's journey towards the capacity to distinguish Me from Not-me i.e. the capacity to symbolise. The young infant's use of a 'transitional object', Winnicott suggested, was the way in which the infant worked out how to separate and develop an autonomous sense of self albeit founded on the internationalisation of the m/other's care.

The use of an object

The capacity to think symbolically means the subject can use the object. For Winnicott this meant that the object had survived the infant's intense instinctual communications. It has been suggested that this theory is Winnicott's final theory of aggression that offers an alternative way of understanding the fate of human aggression without resorting to the notion of a death instinct.

Winnicott's scientific legacy continues to be realised and, according to a recent P.E.P. search, there are 15,642 articles in which his work is cited. Thus his contribution constitutes a major development in psychoanalysis recognised on an international scale.
In addition to his scientific contribution to psychoanalysis, child analysis, and beyond, it should also be remembered that he was a dedicated and conscientious member of the British Psychoanalytical Society and sat on many committees. Significantly, he was its President on two occasions: 1954 – 56 and 1963 – 65.