Psychoanalysis can help us make sense of Brexit. An article by David Morgan

The migrant threatens us where it hurts: in the unconscious fear that there is not enough to go round, writes David Morgan

“It is always possible to bind a number of people in love as long as there are others left over to receive the manifestations of their aggressiveness – the outsider may be different in only minor ways, but this will suffice.”

— Freud, Civilisation and Its Discontents

The Brexit campaign was notable in recent history for the explicit use of xenophobic rhetoric. Attempts to understand this phenomenon have involved everything from deconstructing the psychology of the politicians championing exit to conceiving of the hate speech directed towards migrants as a byproduct of unchecked political ambition. However, a deeper explanation for why this inflammatory speech has become so widely promulgated may lie in considering how “bodies” – both individual ones as well as the body politic they constitute – attempt to stay safe under conditions of perceived threat. And moreover, how politicians manipulate groups of people by priming them with this fear.

Psychoanalytic ideas can help us understand our powerful attitudes towards migrants. The migrant threatens us where it hurts in the overwhelming and unconscious fear that there is not enough to go round, so real global inequality lies at the heart of the anxiety that the other creates. The need to get others to carry this sense of superfluousness and this social Schadenfreude is then paramount.

Asylum seekers serve as a perfect projective object and we dispose of our unwanted anxieties into them. Lumped together in a manner that combines superfluousness with racism. They become the barbarian at the gate. This is also heightened and manipulated by ISIS and their avowed management of savagery (Reardon 2015).

Freud contributed enormously to our understanding of the mind. However, nothing human can be understood in the abstract. We also have to interpret thoughts, feelings and behaviours in their social context. This emphasis in psychoanalysis is a constant criticism made by the left. This concentration on the individual psyche, they say, can block an understanding of the mind that is rooted in social labour and inequality. Whilst psychoanalysts might say an overemphasis on the social turns a blind eye to the innate aggressive tendency of human kind.

Crucial here are those social processes that support denial of our nature and the splitting off of uncomfortable aspects of ourselves and locating them in others. The Nazi regime both created a terror and used Jews, gypsies, homosexuals to embody that superfluousness (David Bell 2012).

However, just as Freud refused to believe unreservedly his patients’ report of trauma, some in the neo-liberal world refuse or find it difficult to acknowledge the traumatic legacy of slavery and the ongoing trauma caused by imperialism, war, oppression and exploitation. So psychoanalysis can be seen to collude with neoliberal narcissism in generally refusing to understand what people suffer from, as also having to do with societal conditions not just individual ones.

One effect of this can be reproduced in the consulting room, when clinicians unconsciously reproduce a disconnect between the privileged and the socially excluded, either by normalizing the privilege of the few or through learning to turn a blind eye to the disparity between those treatments available to the rich and those available to the poor (Layton 2014)

This from a conversation between a migrant and an analyst in a hostel:

“If you are an analyst you must love the Jews as Freud was a Jew. ”

“Indeed I might love some people who are Jewish but this seems in his mind to suggest I cannot also love someone from another culture. It has to be one or the other.”

Who we are depends upon the conflicts of love and hate shaped by feelings of knowing or not knowing the primary other and of feeling unknown or negatively known by the other. Just as learning and change are impacted by issues of love and hate, what we know, or find out, about the self and the other can generate greater degrees of love or hate.  Thus, projective cycles of healthy learning, loving, and growth emerge or, in many cases of psychological disorder, a confining cycle of persecution, loss, and censored thought solidify (Waska 2008).

For analytic treatment to be successful, the therapist must be constantly working to understand this and interpret this in terms of both defence and underlying anxiety (Morgan 2013). I would add that the analysts’ own sense of self and security in their own certainties at these times, or in these times faced with moral, political and social uncertainty must also be explored. Psychoanalysts are still predominantly white middle class and live not far from Hampstead. I have been amused when colleagues living and working from houses worth several million pounds evinced surprise at the intense envy of their patients when an interpretation suggesting that the patient is anxious that my standard of living makes it hard for them to feel that I could possibly understand what they are experiencing, might be called for.

This is very rarely addressed, I feel, when addressing cultural and social differences when we are people from a relatively stable western culture and until the recent Brexit result, a fairly complacent one.

This quest for an open mind is in part based in a belief that others might serve as collateral to find the antidote to fundamental anxiety and mental distress. In such a chaotic and perilous state of mind, psychological experiences are characteristic of the paranoid-schizoid part-object world in which the focus is more on self survival and extremes of love and hate than the more object-related, flexible, depressive state of mind.

Psychoanalysis can help understand the political crisis we’re in; projective identification is used to evacuate knowingly or unknowingly into the other all we do not want to know in ourselves. This includes our knowledge of our own state’s economic exploitation, our complacency, and relative ignorance of the many other countries these people come from. Unfortunately our culture has an ignoble history and we ourselves in our consulting rooms are redolent with that history.

The catastrophic changes which the migrant faces (Berger, A Seventh Man) are not on the margins of modern life but are absolutely central to it, presenting a mode of living that pervades the countries of the West and yet is catastrophically excluded from them. Psychoanalytic ideas help us to understand that there exists a part of our culture that that requires a projection bucket – an ‘in/out’ vote to evacuate unwanted elements into.

David Morgan is a consultant, psychotherapist and psychoanalyst at the NHS and in private practice. He is a training analyst/therapist and supervisor for the British Psychoanalytic Association and British Psychotherapy Foundation, and a Fellow of the British Psychoanalytical Society. David is Hon. Lecturer at City University, London, and a director of (PiP) Public Interest Psychology. He provides consultation to the public and private sector, including organisations of a political and social nature, and is a regular speaker at conferences. He was co-editor with Stan Ruszczynski of Lectures on Violence, Perversion, and Delinquency (Karnac, 2007).

This article is reproduced courtesy of the London School of Economics Business Review. 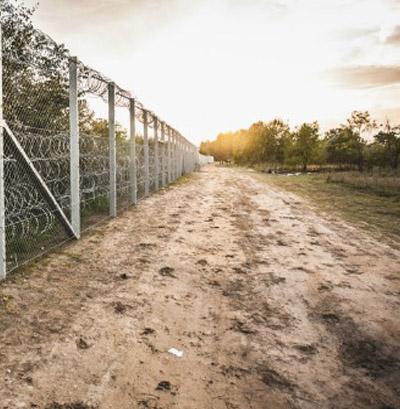