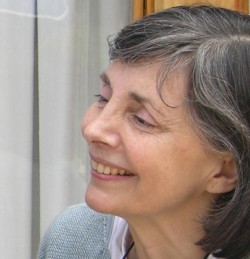 ​Ignês Sodré is a training and supervising psychoanalyst of the British Psychoanalytic Society.

She was born and brought up in Brazil, where she qualified as a clinical psychologist. In 1969 she moved to London to train at the Institute of Psychoanalysis. She has taught extensively in London and abroad and was the first visiting professorial Fellow in Psychoanalysis at Birkbeck College.

Sodré has scholarly knowledge and a profound interest in both psychoanalysis and literature. She writes about novels of great authors in western literature such as Cervantes, George Eliot, Gustave Flaubert, Iris Murdoch and Marcel Proust. She has a unique and creative way of linking psychoanalysis and literature which enriches both fields. Her ideas derive from her experience with her patients in the consulting room as well as from her understanding of fictional characters of literature, their relationships and their imagined psychic lives. Her papers explore psychoanalytic subjects in new ways that take the reader by surprise and make one think afresh. Reading her papers is not only an intellectual challenge, but also an aesthetic and emotional experience. Her writing is complex, poetic and original and it expands our understanding of psychic life.

Sodré has published two books, the first one as co-author with A. S. Byatt, Imagining Characters: Six conversations about women writers (1995). In the book, Byatt the writer and Sodré the psychoanalyst engage in conversation about six novels, each of them bringing to the dialogue their own perspectives and ideas. The second book, edited by Priscilla Roth, Imaginary Existences; A psychoanalytic exploration of phantasy, fiction, dreams and daydreams (2015), is a collection of Sodré’s papers to date.

Sodré’s ideas and thinking are particularly influenced by Hanna Segal and Betty Joseph.  Sodré was a member of the Betty Joseph workshop for 30 years, working closely with her contemporaries such as Priscilla Roth, Ron Britton, Michael Feldman and John Steiner.

One major theme in her writing is compulsive daydreaming as a comforting and protected internal space where reality is denied and distorted. This theme is explored in depth in her paper ‘Addiction to near–life: On pathological daydreaming and the disturbing ambiguity of faking true-love’ (originally written for a conference in 2010, published 2015) as well as in some other papers on literature in her second book.

Another important theme is the difficulty of facing loss and the defences one may employ against the reality of loss. This aspect of her work is based on Freud’s seminal paper, ‘Mourning and Melancholia’ (1917). Sodré writes about the torment that we may suffer in our relationships with internal objects that we cannot bring back to life, but we cannot let go of.

In her paper, ‘Who’s who? Notes on pathological identifications’ (originally written for a conference in 1995, first published in 2004, reprinted 2015) Sodré explores the processes of identification by projection and by introjection. She shows how when these processes become concrete, rigid and excessive, they blur the differentiation between self and object.

In her paper, ‘Florence and Sigmund’s excellent adventure: On Oedipus and us’ (originally written for a conference in 2004, published 2015), Sodré explores what is curative in psychoanalysis. She shows the complex dialectical relationships between the analyst’s insight and the understanding of the patient’s internal world and her empathy and receptiveness to the patient’s point of view and his way of protecting himself from pain and turmoil.

Sodré has a unique capacity to integrate these two ‘modes of being’. Her empathy and her deep understanding of the human psyche come across in her writing as well as in her work as a clinician, teacher and supervisor.

1995  Byatt, A. S. and Sodré, I. Imagining Characters: Six Conversations About Women Writers. Chatto and Windus.