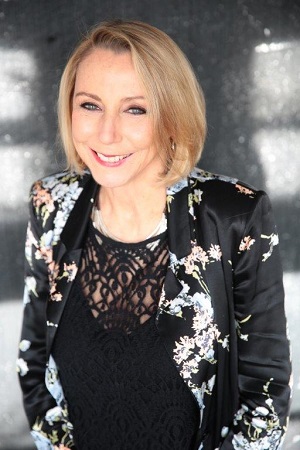 Coming to psychoanalytic training in the 1980’s from an academic background in social anthropology, as well as many years’ experience working in family therapy services, Rosine Jozef Perelberg has established herself over the last three decades as one of the most prominent and influential writers and clinicians in contemporary British psychoanalysis. She is the current President of the British Psychoanalytical Society.

Perelberg’s psychoanalytic interests and conceptualizations have been consistently informed by her anthropological training, as shown in her writings’ continued engagement with phantasies of origin, the symbolic functions of the maternal and paternal, the relation between the proscribed and the permitted, and above all with different modes of temporal experience. These crossovers between psychoanalysis and anthropology are most fully developed in her most recent book, Dead Father, Murdered Father, which explores different forms of cultural and psychopathological expression through two fundamental myths of the primal father. Her clinical training in family therapy adds another theoretical and clinical layer to her understanding of the dynamics of the familial system in which each individual psyche is embedded.

Perelberg’s immersion in the British tradition in which she trained is evident at many levels, first of all in her writings’ consistent focus on the detail of the analytic session, a quality equally characteristic of her supervisory style. It shows also in her concern with the analyst’s countertransference as the primary vehicle for the reception and communication of unconscious affect, in her appreciation of the constitutive force of the setting (both external and internal) in clinical experience, and in her commitment to conceptual and descriptive clarity in the elucidation of both theory and practice.

But to this specific tradition, Perelberg brings a cosmopolitan intellectual sensibility that refuses to be circumscribed by rigid ‘tribal’ boundaries, whether group-based, national or disciplinary. While holding to a clear and distinctive psychoanalytic identity, her papers are notable for their supple movement between different lines of thinking – Freudian, Kleinian and Independent – in the British tradition.

Moreover, few analysts in that tradition are as conversant with the various strands of post-Lacanian French psychoanalysis. As a co-ordinator of a number of initiatives in British-French psychoanalytic exchange over the last two decades, she has done much to cultivate dialogue between these traditions, and to identify productive points of both convergence and divergence between them. But it is in her writing that the depth of her engagement with French theory comes explicitly to the fore.

French psychoanalysis finds in the Freudian corpus not a fixed body of ideas and concepts, but a living resource open to ongoing interpretation. This relation to Freud enabled Lacan and subsequent French analysts to discover the central place of time in Freud’s thought, and in particular the non-linear (or as André Green has it, ‘éclaté’ or ‘shattered’) time of psychic life. Central to this conception of time is the après coup, the French translation of Freud’s Nachträglichkeit, the process by which ‘later events resignify earlier ones, which then emerge with a new meaning’. This exposition of après coup’ appears in Perelberg’s paper ‘Controversial Discussions and après coup’ (first published in the IJPA and collected in her book Time, Space and Phantasy), in which she patiently teases out implicit but unmarked uses of the concept by various key figures in the controversies that shook the British Psychoanalytical Society during the 1940’s.

But this deployment of French concepts takes on a distinctly British inflection in Perelberg’s insistence on the inextricability of theory and practice. In her writing, nuanced speculation is always interwoven intricately with accounts of clinical cases. For example, her paper ‘Full and empty spaces in the analytic process’ (also published in the IJPA and collected in Time, Space and Phantasy), explores the different ways the temporality of après coup shapes two specific experiences of analytic space.

At times, she argues, the unrepresentable trauma of early experience comes to be felt by the analyst ‘negatively in terms of lacks and absences’, for example in the denuded symbolic landscape of an emotionally dissociated and ‘semi-alive’ young man. At others, such experiences are registered by the analyst in the form of an affective excess, a sense of being flooded by the analysand’s passions, as witnessed in the analyst’s subjection to the enraged projections of a female patient.

Perelberg’s focus on questions of time and space is inseparable from her reassertion, against the grain of the object-relations tradition, of the centrality of sexuality to psychoanalysis (also a key element of the French tradition). Dislocations of time in the psyche are revealed as the effect of a traumatically disruptive effect of a sexuality in us ‘which resists evolution and taming’.

In Perelberg’s writing, theory is not imposed externally on the clinical material, but on the contrary is used to draw out the complex layering of analytic experience, its unfolding across different levels of time and space. This approach can be seen at work equally clearly in her ‘applied’ papers on such subjects as infant observation and literature, the latter most notably in her elegant study, co-authored in 1998 with her mother Bella Jozef, ‘Time and memory in One Hundred Years of Solitude’.

Perelberg continues to maintain a full practice as analyst and supervisor, as well as an active presence in British and international psychoanalysis alike.

Perelberg, R J (Ed) (2018) Psychic Bisexuality: A British French Dialogue. London: Routledge and The New Library of Psychoanalysis
Winner of the American Board & Academy of Psychoanalysis Edited Book Prize for 2019!

Perelberg, R. J (2013) Paternal Function and Thirdness in Psychoanalysis and Legend: Has the Future been  Foretold.Psychoanalytic Quarterly, vol. LXXXII No 3 pp. 557-585.

Perelberg, R.J. (2017). Rosine Jozef Perelberg on "A Father is Being Beaten": Constructions in the Analysis of Some Male Patients . PEP/UCL Top Authors Project, 1(1):19