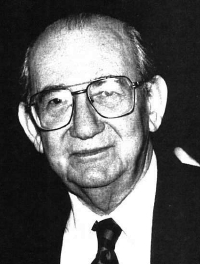 Joseph Sandler was born and raised in South Africa. He moved to the UK, where he completed his PhD at the Institute of Psychiatry in 1950, before taking further training in medicine at University College Hospital from 1950 to 1955.

He was accepted for training at the Institute of Psychoanalysis in 1949 and finished in 1952. He became Full Member in 1958 and a Training Analyst of the British psychoanalytical Society in 1961. He was Editor of the British Journal of Medical Psychology, a post he held from 1968 to 1974; Editor of the International Journal of Psycho-Analysis from 1968 to 1978 and was elected President of the International Psychoanalytical Association in 1989. He held the Sigmund Freud Professor of Psychoanalysis Chair  at the Hebrew University of  Jerusalem from 1979 to 1985, and the Freud Memorial Chair at University College London from 1984. He was made Emeritus Professor at the University in 1992.

With his wisdom and incomparable scholarship, Joseph Sandler made fundamental contributions to both the theory and practice of psychoanalysis. His deep understanding of human nature and respect for his patients was expressed in his practice of psychoanalysis: he stressed the part played by feelings of wellbeing in the regulation of mental functioning. Each individual develops coping mechanisms in the face of helplessness in order to feel safe (1960a) and thus symptoms may be recognised as the individual's attempt to provide a protective shield in order to maintain an experience of psychic equilibrium. This obviously does not always work, a fact that causes patients to seek treatment. In his book What Do Psychoanalysts Want? (1996) with Ursula Dreher, Joe Sandler argued that the aim of psychoanalysis is to help patients accept unacceptable, infantile parts of themselves which have aroused painful conflicts. This idea was central to his supervision and teaching.

Throughout Joseph Sandler’s work there is a constant interaction between the clinic and theoretical formulations. Leading several research groups at the Hampstead Clinic, he re-examined many classical concepts in psychoanalysis, such as the superego, fantasy, sublimation, ego ideal, introjection, incorporation, identification, projection and the different phases undergone by the concept of projective identification. Several of his contributions led to a reformulation of psychoanalytic theory and bear his name, such as the notions of “representational world”, “actualization”, “role-responsiveness”, the distinction between the “experiential and non-experiential realms” (Joffe and Sandler 1969), and “the past and the present unconscious”. These key additions to the theory led to what Ogden has termed a “quiet revolution” in psychoanalysis.

In his influential paper on The Concept of the Representational World (1962), Sandler defined the notion of the representational world as “more or less enduring existence as an organization or schema which is constructed out of a multitude of impressions” (p. 133). He suggested that representations of self and other have a shape; they also have an affective component that enables the structuring of sensations and perceptions arising from interpersonal experience. This emphasis on feeling states was developed in several of his papers and created a link between classical drive theories and object relations theories.

In terms of technique, he emphasized the importance of allowing the psychoanalytic process to take place without prematurely interpreting the transference, either positive or negative, in a way that would impede its unfolding. Sandler slowly developed a theory of technique that had a profound effect on all the groups in the British Society. He emphasized the importance of giving a balanced interpretation to patients that incorporated both aspects of their conflicts. He also insisted on the importance of interpreting what was preconscious first, before reaching for the unconscious phantasies, as well as the importance of staying in contact with the patient’s affective experience. His work on “role-responsiveness” has had national and international impact on the understanding of countertransference and he identified the way in which patients who wish to actualize an unconscious phantasy create role relationships. He also introduced a key notion in the technique of psychoanalysis, which he termed “actualization” (1976), meaning “to make actual, to convert into an actual fact, to realize in action”.

With Holder and Dare, Sandler published The Patient and The Analyst (1973), an introduction to key psychoanalytic concepts. Their collaboration led to a series of twelve papers published in the British Journal of Medical Psychology that were later published together as a book entitled Freud’s Models of the Mind, now essential reading in psychoanalytic trainings throughout the world.

His last book Internal Objects Revisited (1994), written with Anne-Marie, is a testimony to the impressive creativity of their collaboration and offers an integrating frame of reference bridging theory and clinical process. Together, they elaborated the concepts of the past unconscious and the present unconscious, each having its own type of functional organization. The past unconscious acts like a dynamic “template”, a structuring organization that gives form to current wishes or wishful fantasies, which are then further modified in the present unconscious before gaining access to consciousness. These distinctions provide a frame of reference for interpretation, construction, and reconstruction in analysis.

Sandler’s contribution went beyond the boundaries of the training programme at the Institute of Psychoanalysis. He became the founding Internet Editor of the International Journal of Psycho-Analysis website. He had a Talmudic wisdom, a superb capacity to get to the heart of the matter when others felt confused and unclear.  His work is amongst the most often cited in the psychoanalytic literature.

Sandler, J., Dare, C., and Holder, A. (1992). The Patient and the Analyst: The Basis of the Psychoanalytic Process. Revised and expanded by J. Sandler and A.U. Dreher. London:
Karnac.