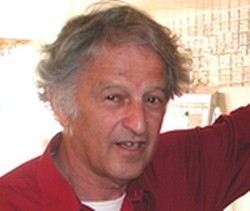 John Steiner’s clear style of writing, emerging from observations made in his clinical practice, provides depth of insight, sensitivity and a real interest and concern for his patients.

One measure of Steiner’s contribution to psychoanalysis is the number of terms and expressions he used that are now common currency, such as ‘pathological organisations of the personality’, ‘psychic retreats’, ‘emerging from psychic retreats’, ‘seeing and being seen’, and ‘patient-centred and analyst-centred interpretations’.

Steiner studied medicine at the University of Otago Medical School in New Zealand, during which time he undertook research in neurophysiology. As a medical student he had already become interested in Freud and psychoanalytic ideas, but he wanted to gain a sound grounding in neuroscience before pursuing his interest in psychoanalysis.

After qualifying in 1958, Steiner went to the California Institute of Technology as a postdoctoral fellow in neurobiology and then to the University of Cambridge, where he worked in experimental psychology. In 1964 he moved to London to become a registrar in psychiatry at the Maudsley Hospital, where he was influenced by Henry Rey. He became a consultant psychotherapist at the Tavistock Clinic in 1975, and he remained there until his retirement from the NHS in 1996. During this time he established a well-respected and now long-running course, ‘An Introduction to Psychoanalytic Psychotherapy’, now known as the Qualifying Course in Psychodynamic psychotherapy (D58). He also was influential in establishing the Association for Psychoanalytical Psychotherapy (APP), which supports professionals trying to use psychoanalytical ideas in the NHS.

In 1967 Steiner embarked on his personal analysis with Hanna Segal, and subsequently his psychoanalytic training at the Institute of Psychoanalysis. Herbert Rosenfeld was his first supervisor during his training and Betty Joseph his second supervisor. Steiner’s profound appreciation of Segal, Joseph, and Rosenfeld manifested itself years later in his editorship of their most significant papers inPsychoanalysis, Literature and War and Rosenfeld in Retrospect, and in his writing he is keen to acknowledge the influences of previous generations. He sees his ideas deeply rooted in those of Freud, Klein, Bion, Joseph, Rey and Money Kyrle.

During his period at the Tavistock, Steiner’s started a seminar that came to be known as The Borderline Workshop. The workshops started as clinical seminars for the discussion of difficult patients, and quickly evolved into a clinical presentation and discussion followed by the reading and discussion of a theoretical paper - a model he continues to use in the lively postgraduate seminars that he currently runs. The weekly workshops were attended by between 25-30 trainees and colleagues from all of the departments at the Tavistock as well as by some people from other clinics in the NHS. From time to time senior psychoanalysts were invited as guests; a particularly memorable occasion being one where Herbert Rosenfeld, at his most theatrical and impressive, gave what was referred to as a master-class.

Developing Klein’s central concepts of projective identification, the paranoid-schizoid and depressive positions, and Rosenfeld’s seminal concept of pathological narcissism, Steiner’s main ideas have centred on the defensive nature of pathological organisations of the borderline personality and the consequent use of ‘psychic retreats’. These concepts offer a contemporary perspective on Freud’s views on the nature of negative therapeutic reaction and excessive paranoid anxieties which are sources of great resistance to change.

Steiner is concerned with how specific kinds of mental pain are evaded by subordinating oneself to pathological organisations. In this way, persecutory and depressive anxieties are avoided, resulting in a severe impoverishment of individuals’ development, and stasis both in their personal lives and often in their analysis. Steiner shows that these forms of defensive structures are not restricted to very disturbed patients, but are aspects of all of us, to varying degrees.

“...emerging from a psychic retreat to face depressive anxieties is an essential stage of the process of development, but before these experiences can be endured, the act of emergence has itself to be negotiated. It is here that being seen seems to create an embarrassment which demands urgent relief.”(2001).

Using Freud’s famous case, Schreber (Standard edition 20,1925), as a central example Steiner has continued this work, published in Seeing and Being Seen, on the importance of the feelings of shame and humiliation in maintaining a psychic retreat. It is only by facing these painful feelings, with the support of the analyst, that it is possible to emerge from a psychic retreat.

The theme of ‘seeing’, or rather, not seeing, linked to Freud’s idea of disavowal, has also been central for Steiner in his contribution to understanding of the Oedipus story, ‘Turning a blind eye: The cover up for Oedipus’.

Most recently Steiner has given a new paper on the theme of embarrassment and humiliation, ‘The Ideal and the Real and Milton: some Observations on Reading Paradise Lost’ (2012). In this paper, following his concern regarding feelings of shame and humiliation, he focuses “on understanding omnipotence and to differentiate the ideal from the actual and the symbolic from the concrete”. The central message in Milton’s poem is how Man has to go through a painful developmental journey in order to relinquish the ideal and omnipotence.

Again and again, Steiner returns to original texts to learn and re-examine them with fresh psychoanalytic eyes. His keen, if at times sharp, but unpretentious perceptiveness makes him a clear thinker and popular teacher who has done much to inspire younger generations of psychoanalysts and psychotherapists and make psychoanalytic ideas accessible.

Dr Steiner is the recipient of the prestigious 2016 Sigourney Award - click here to read all about it.

2006 Steiner, J.'Seeing and Being Seen: Narcissistic Pride and Narcissistic Humiliation',International Journal of Psychoanalysis. 87:939-951.

2011 Steiner, J. Seeing and Being Seen: Emerging from a Psychic Retreat. Routledge.