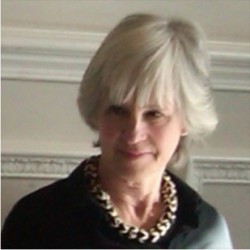 Priscilla Roth is a training and supervising analyst with the British Psychoanalytic Society. Following her degree in psychology at Berkeley, she worked as a research assistant at the University of California at Berkeley. In the early 1970s she moved to the UK and trained first as a child and adolescent psychotherapist at the Tavistock Clinic, London, and shortly thereafter as an adult psychoanalyst with the British Psychoanalytic Society.

During her analytic training she was influenced by her analytic and supervisory experiences with Leslie Sohn, Ruth Risenberg-Malcom, Herbert Rosenfeld and Hannah Segal. She was then a member of the Betty Joseph Workshop for 30 years, working closely with contemporaries such as Ron Britton, Michael Feldman, John Steiner and Ignes Sodré.

Her background experience as a child psychotherapist working in the public health service for many years is evident in her work with adults. Her clinical work illustrates a profound understanding of the complex interplay between the impact of early developmental experiences and the role of unconscious phantasy in shaping the development of the mind.

Roth lectures and supervises widely in the UK and internationally. One of her most notable contributions is how she approaches psychoanalysis theoretically and clinically: her skills as a teacher and supervisor of psychoanalysis are widely recognised because of her fine-tuned capacity to communicate an experience-near understanding of psychoanalytic concepts expressed in ordinary language. This ability is well illustrated in her writing, for example in her numerous book chapters discussing key analytic concepts such as the depressive position and projective identification, in her thorough introduction to one of several books she edited –Envy and Gratitude Revisited (2008) – which stands out for its impressive scope and generous appreciation of different contemporary positions on the concept of envy, and finally in her very accessible book on the superego aimed at a non-specialist audience. Her paper ‘Mapping the landscape: levels of transference interpretations’ (2008) is an elegant articulation of what it means to work in the transference, which invites careful reflection on how we listen as analysts and what we take up and when with the patient.

Reading Roth is like being accompanied along an enlivening journey of discovery by an experienced analyst ‘at work’, grappling with established notions with curiosity and passion which, in turn, engage the reader in the internal work required to understand emotionally, not just cognitively, the meaning of the concepts under consideration. Importantly, her writing and discussion of analytic theory is invariably rooted in her clinical experience. Both her written and oral presentations (which far outnumber the published ones) vividly convey with characteristic modesty, perspicacity and compassion the struggles, stalemates and achievements of an analyst and patient at work, together.