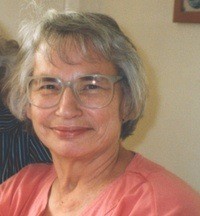 A training analyst and Distinguished Fellow of the British Psychoanalytical Society, Elizabeth Spillius (1924-2016) was one of the world’s foremost Klein scholars. She is remembered for her clinical work, her teaching in the UK and abroad, her work in the Klein archive, and for the wealth of books and papers she produced over many years.

Born in Canada, Spillius first read psychology at the University of Toronto, then went on to study Anthropology in Chicago, LSE and the Tavistock Institute of Human Relations. She carried out important fieldwork in the Kingdom of Tonga in the south-west Pacific. Her anthropological works include Family and Social Network (1), and anthropology as a discipline deeply affected her approach to psychoanalysis, as she described in chapter 1 of Encounters with Melanie Klein - a collection of her papers edited by Roth and Rusbridger (2007). These editors in their preface point out how Spillius’ background fitted her admirably for the dual role of participant and observer that is needed in psychoanalytic work. They also comment that in the future the way psychoanalysts think about the development of post-Kleinian thought ‘will be profoundly affected by Spillius’s description, understanding and organisation of these ideas’.

As an established scholar Spillius was drawn in her new profession towards research and explication, alongside clinical practice. In 1988 she edited a pair of volumes, Melanie Klein Today, of which Volume 1 is subtitled ‘Mainly theory’ and Volume 2 ‘Mainly practice’. These books proved a landmark and have been invaluable in introducing many new readers to the ideas of Melanie Klein and those of her contemporaries and successors. Here as elsewhere Spillius showed her talent in making complex ideas accessible without simplifying them, and in showing how work in the Kleinian tradition has developed and is developing. She was perennially interested to present and clarify the work of her psychoanalytic ancestors and colleagues, and to describe it in the context of the overall development of Kleinian ideas. Her own contributions to theory, whether they are new ways of seeing old phenomena, or new ideas in themselves, are always presented in a modest and matter of fact way, and presented in the context of the work of others. Some notable papers by Spillius include those on envy (2, 3) on unconscious phantasy (4, 5) and on the evolution of Kleinian theory and technique (6, 7 and 8).

In 2011 Spillius published with colleagues two further important books. Firstly she was the lead author ofThe New Dictionary of Kleinian Thought, a wide-ranging revision and update of Bob Hinshelwood’s seminal A Dictionary of Kleinian Thought (9). Following this Spillius, together with Edna O’Shaughnessy, published Projective Identification: The Fate of a Concept, which explores the inception, development and different uses worldwide of this central Kleinian concept.

Spillius was always interested in the evolution and fate of ideas, and retained her anthropological ability to reflect on Kleinian ideas and their development, rather than falling into the ever-present danger of becoming tribally wedded to them. She wrote about the evolution of Kleinian technique, and about variations in the way her colleagues past and present formulated their ideas and used them clinically. Her sympathetic and scientific observing stance was always fresh and avoided superego-ishness. This was particularly important when working in a field where, as we know only too well from Klein’s own work on the primitive mind, the superego can all too easily become vicious and omniscient.

2011 Spillius, E. and O’Shaughnessy, E. Projective Identification: The Fate of a Concept. Routledge.Visit the library section for more information about this book.

5) Spillius, E. 2007. ‘Freud and Klein on the concept of phantasy’, P. Roth and R. Rusbridger (eds.)Encounters with Melanie Klein. Routledge.