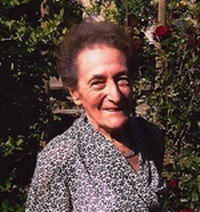 Betty Joseph (1917-2013) was a training and supervising analyst and child analyst in the British Psychoanalytical Society.

She was one of the leading Kleinian thinkers of her generation along with Bion, Rosenfeld and Hanna Segal and an inspiring presence in the British Society for over 60 years.  She was very influenced by Bion whose originality and vision always impressed her.

What particularly distinguished Joseph's work was her devotion to technique. She believed that only by paying the most rigorous attention to what the patient is not only saying but doing in the analytic session, together with the analyst's own countertransference, can psychic reality emerge. This task is enormously difficult because of the way the patient's structure and defenses will pull the analyst back to something which is more bearable, because psychic change and new insight always causes disturbance and creates a strong tendency to return to the old equilibrium.

Joseph emphasised the huge difficulty this poses for the analyst. A starting point for good technique demands of the analyst absolute personal honesty, not only because analysts want to believe that they are doing well and may be tempted to accept their patents reassuring agreement with their interpretations, but because of the way they are influenced by powerful and partly unconscious pressures by the patient to fit in with them in order to maintain the status quo. This countertransference needs to be rigorously scrutinised, however uncomfortable this may be.

Joseph gradually formulated her more detailed understanding of how patients change in analysis. One of the clinical problems that became very fruitful in these investigations was in the patient who seemed to be doing well in their analysis (apparently cooperating and giving the analyst satisfaction with his own work up to a point) but at the same time did not actually change. Joseph came to realise that in the session the patient induces (‘nudges’) the analyst into various kinds of enactments or collusions, often taking the form of making themselves too comfortable with the patient or sometimes being unnecessarily harsh. These pressures take the form of small projective identifications of aspects of the patient, or the patient’s objects, into the analyst.

Joseph believed that analysts cannot avoid this and should not consciously try to do so. Instead, the analyst must examine himself as well as the patient by both observing his countertransference and his behaviour in the sessions for information which can be linked with the patient’s overt material and build up an understanding of what is going on.

In Joseph’s view, interpretations must be short and simple. This is because one is always aiming to reach the more primitive areas of the patient’s mind where ideas need to be expressed in simple ways that can be grasped with full emotional resonance by the patient. Joseph’s technique can be thought of as is of a kind of microanalysis but this does not mean ignoring of the bigger picture and she was very astute at assessing the level that one should be approaching at any given moment. Often a successful piece of ‘microanalysis’ may lead to the emergence of a much more mature level. The analyst must be alert to this shift too, which means attending to several dimensions once or in quick succession, something Joseph herself was a master at.

Joseph was cautious about reconstruction in the classical sense, especially before the immediate transference situation has been analysed. For her the patient’s history and unconscious phantasy is inthe to and fro of the session – here is the inner world and perhaps the past being lived out in the immediacy of the session. This is what gives the patient a sense of conviction of who they are and were and this insight can help them to change.

Joseph had a passion for child analysis in which her technique developed in a similar way. It is likely that her long interest in child analysis, where action is an obvious feature, contributed to the way that her ideas about technique in adults as well as children developed.

Joseph was internationally known as a brilliant teacher whose capacity to see the patient through the supervisee was legendary. The famous ‘Betty Joseph Workshop’ lasted for 50 years. An experience of supervision from Betty Joseph was an unforgettable one. She was quite a hard task master; not so much expecting her students to be very clever but rather to be very honest with themselves. This came from her passion for understanding psychic reality and her wish to impart this knowledge, and contributed to one of the most enriching teaching experiences to be found anywhere in the world of psychoanalysis.

Listen to Betty Joseph talking about the use of toys and play in child analysis. Recorded for 'Psychoanalysis: The Unconscious in Everyday Life', an exhibition at London's Science Museum held during 2010/11.