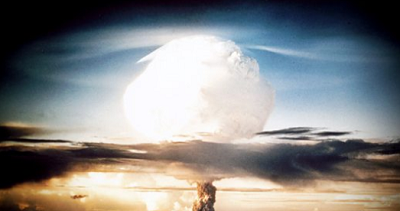 Historian and psychoanalyst Daniel Pick of Birkbeck College, University of London tells the story of how aerial bombardment - from Zeppelins to B52s, from H-Bombs to drones - has made the unconscious mind a field of battle.

Daniel explores how, in the shadow of the First World War, Freud turned his analytical eye from desire to the 'death drive', and how psychoanalysts probed what might happen if another war came.

Would survivors of mass aerial bombardment hold up psychically, or would they collapse into infantile panic? Or would they become uncontrollably aggressive?

And why do humans come to be so aggressive in the first place?

When the war - and the bombers - did come to Britain, it appeared that survivors were much more stoical and defiant than had been expected.

But, as Daniel discovers, brave faces concealed a great deal of psychological damage.

With historian Lyndsey Stonebridge, he visits the Wellcome Library to see - courtesy of the Melanie Klein Trust - the case notes of the psychoanalyst Melanie Klein on her analysis of a troubled ten year old boy, 'Richard'.

What do Klein's notes, and Richard's extraordinary drawings, reveal about his attitude to being bombed?

Daniel examines how, with the advent of the Cold War and the distinct possibility that bombs and missiles could destroy civilisation, technocrats trying to plan for the end of the world coped with staring into the abyss.

Finally, Daniel shows how a radical new turn in aerial bombardment opens up this field anew. Nuclear weapons can destroy the planet; but what does it do to the mind to live under the threat of 'surgical' attack by unmanned drones? 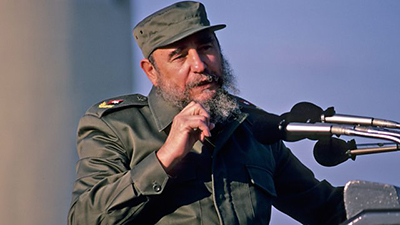 Dictators on the Couch, BBC Radio 4

For decades psychologists working for the CIA have drawn up psychological profiles of foreign leaders.
Using expertise developed watching the Nazis, the programme presented American Presidents with detailed profiles of their opponents, complete with proposed weak points and personal foibles.

In 1961, prior to a planned summit meeting between John F. Kennedy and Nikita Khrushchev, the CIA profiled the Russian leader, declaring him "an uninhibited ham actor who ...has a truly unusual ability to project the force of his own powerful personality."
The report - which today reads like generalisation of a peculiarly obvious kind - so impressed Kennedy that he became "addicted" to reading analyses of foreign leaders, particularly if they contained details of sexual peccadilloes. The Russians became keen on psychological reports too, commissioning one on Kennedy which questioned whether his liberalism was anything more than skin deep.
Extraordinarily, the CIA unit profiling foreign leaders survived the Cold War, offering such gems as...
"Fidel Castro is not "crazy," but he is so highly neurotic and unstable a personality as to be quite vulnerable to certain kinds of psychological pressure. The outstanding neurotic elements in his personality are his hunger for power and his need for the recognition and adulation of the masses..."
"While Saddam Hussein is not psychotic, he has a strong paranoid orientation..."

Psychoanalyst Daniel Pick explores these extraordinary files, and speaks to psychiatrists about the validity of "distance readings" and foreign policy experts and historians about how they may have influenced the direction of American foreign policy.
And what exactly are the psychiatrists currently saying about today's world leaders? 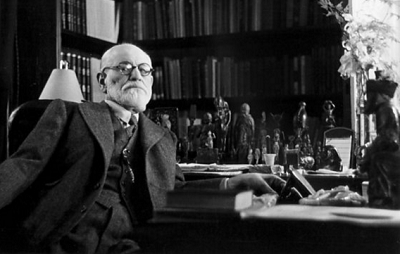 Freud for Our Times, BBC Radio 4

Psychoanalysis is increasingly seen as the preserve of the time- and cash-rich minority, with other, cheaper forms of therapy now favoured by the NHS, but historian and psychoanalyst Daniel Pick argues that we can all still benefit from Freud's legacy - perhaps never more so than today.

Cognitive Behavioural Therapy and even Mindfulness may now seem to have replaced traditional psychoanalysis, but, in a highly-authored programme, Daniel Pick explores how endlessly adaptable Freud is, and how the language and culture pioneered by Freud are as useful today as ever.

Daniel Pick explores the challenges of adapting the traditional customs of psychoanalysis to our lives today and of where analysts should draw the line: does the word "cure" mean simply getting patients back to work, for example, and how long should we wait before speaking of someone as being cured?

He also looks at how Freud's writing can help us understand some of the most challenging and timely of issues - racism, Islamaphobia, radcialisation and wall-building. 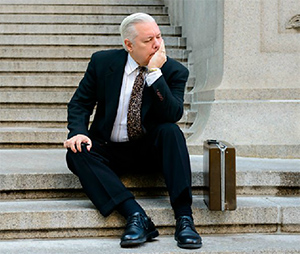 The City on the Couch, BBC Radio 4

Mary Bradbury is a Fellow at the Institute of Psychoanalysis. 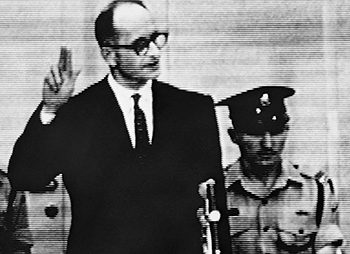 The Roots of Extremism, BBC Radio 4

"What drives people to exterminate others? The historian Daniel Pick reveals the story of an extraordinary project which aimed to unearth persecution's roots, from witch-hunts to the Holocaust and beyond.

In 1961, Adolf Eichmann, one of the chief organisers of the Holocaust, was tried in Jerusalem. Among those deeply troubled by his apparent ordinariness was David Astor, the editor of the Observer. Astor was also an enthusiastic champion of psychoanalysis, and made a speech declaring that the 'political psychopathology' of Nazism - and other examples of persecution and extermination - should be investigated. And he had the money to make this happen. 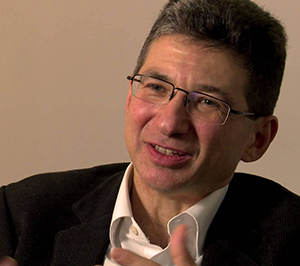 The historian Norman Cohn contacted Astor and offered to help. Cohn was the author of The Pursuit of the Millennium, a pioneering study of the ways medieval utopian visions led to 'purifying' massacres. With Astor's support, Cohn set up the Columbus Centre, a team of historians, sociologists and other scholars who set about investigating the psychological roots of the Nazi mass killings of Jews and Gypsies, and much earlier examples such as the witch-hunts across Europe in the Middle Ages.

One member of the team, psychiatrist Dr Henry Dicks, even visited West German prisons to interview convicted SS killers and concentration camp guards face to face. In this programme, Daniel Pick investigates the story of the Columbus Centre, drawing on exclusive access to private recordings of the Centre's meetings.

And he explores the impact of the project today, from terrorism studies to the Tribunal that tried the perpetrators of the Rwanda genocide.

Daniel Pick (pictured) is a Professor of History at Birkbeck, University of London. 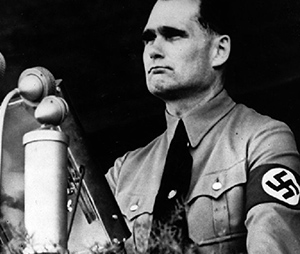 The Psychiatrist and the Deputy Fuhrer, BBC Radio 4

"Drawing on never-before-released papers, historian Daniel Pick uncovers the extraordinary story of British psychiatrist Henry Dicks, who was sent to examine Rudolf Hess in a British military safe house, at the height of the Second World War.

In May 1941, Nazi Deputy Fuhrer Rudolf Hess suddenly appeared in a field in Scotland, having flown solo from Germany on what appeared to be a peace mission.

Much of this story is well known, but now Daniel Pick, Professor of History at Birkbeck College, University of London, reveals documents which provide a fresh insight into this extraordinary episode - and cast new light on the role of psychology in the battle against Nazism.

Soon after Hess' capture and incarceration, Dr Henry Dicks, a British psychiatrist, was sent by the British authorities to meet him. His mission was to see what his specialised training could glean about this senior Nazi's thinking - without revealing he was a psychiatrist.

Dicks first encountered Hess in 1941, at the eerie military safe house in Surrey where the erstwhile Deputy Fuhrer was being held. And in this programme, Professor Pick reveals the contents of the notebook in which Dicks kept a record of his encounters.

He sets their contents in the context of the Second World War with the help of Professor Richard Overy.

He listens to a rare recording from the US National Archives of Hess being interrogated at Nuremberg.

And after the war, the lessons of encounters such as Dicks' meetings with Hess were still being pressed into service to combat extremism.

As Dr Jessica Reinisch tells him, even as Hess was consigned to prison in Berlin, psychological insights into Nazi thinking were helping to shape the drive to de-Nazify post-war Germany." 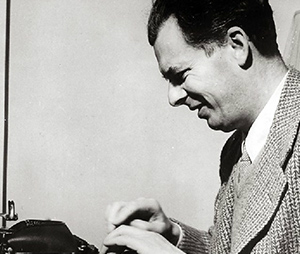 In Act V Scene I of Shakespeare's The Tempest, the character Miranda declares 'O wonder! How many Godly creatures are there here! How beauteous mankind is! O Brave new world! That has such people in it!'. It is perhaps the only line of Shakespeare to be made famous by someone else, for Brave New World is not associated with Prospero's Island of sprites, magic and wondrous noises, but with Aldous Huxley's dystopia of eugenics, soma and zero gravity tennis. A world, incidentally, upon which literary references to Shakespeare would be entirely lost.

Brave New World is a lurid, satirical dystopia in which the hopes and fears of the 1930s are writ large and yet the book seems uncannily prescient about our own time. But why did Huxley feel the need to write it and is Brave New World really as dystopian as we are led to believe?"