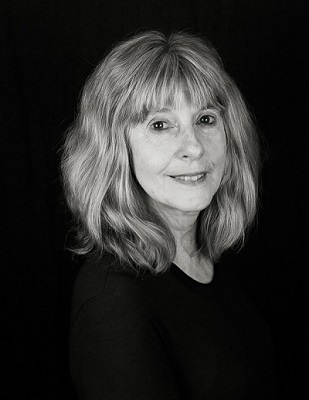 Jan Abram is a training analyst and fellow of the British Psychoanalytical Society (BPAS). Alongside her private clinical practice, she is visiting professor in the Psychoanalysis Unit at University College London (UCL), where she is a course convenor and lecturer on the MSc in Theoretical Psychoanalytic Studies. She is also on the board of the International Journal of Psychoanalysis. As a leading scholar of D. W. Winnicott’s theory, Abram has travelled all over the world, and has published several books examining and elucidating his ideas. She spent eleven years involved with – and ultimately director of – the Squiggle Foundation, which was founded to communicate and promote Winnicott’s work.

In 2016 Abram was Visiting Professor at the University of Kyoto, where she lectured and supervised for the Japan Psychoanalytic Society. She teaches and supervises in many other countries, including Argentina, Australia, Belgium, Brazil, Canada, China, Denmark, France, Germany, Holland, Ireland, Italy, Lithuania, Poland, Portugal, Spain, Sweden, Switzerland, Turkey, Ukraine and the USA. Since 2007 she has been part of the Paris Group, a bilingual (English-French) working group within the research programme of the European Psychoanalytic Federation (EPF), which uses psychoanalysis as a methodological tool to examine psychoanalytic technique. Now chair of the group, it is for her a source of intellectual stimulation and clinical development, holding both the spirit and the techniques of psychoanalytic work at its core.

Abram has written and edited several major books on Winnicott’s work. She has been profoundly influenced by his conceptualisations of the mind and the language he used to convey them, and she, in turn, writes about his ideas with clarity and deep understanding. In 2018 she published a book with Klein expert Robert Hinshelwood, The Clinical Paradigms of Melanie Klein and Donald Winnicott: Comparisons and Dialogues, which was the result of a workshop they had led at the University of Essex. It offers a close examination of the theories of Klein and Winnicott, locating with precision and nuance the points of contact, divergence and contrast between these two major analytic thinkers. The process required Abram and Hinshelwood to enter into sustained, in-depth discussion about their respective areas of expertise, and the book is testament to both analysts’ pluralistic, curious attitude.

Following qualification as a psychoanalytic psychotherapist in 1988, Abram set up in private practice and soon came across the Squiggle Foundation. After attending their introductory seminars on Winnicott’s work, she was invited to teach there herself and, in 1991, became assistant director. During this time, unable to find any systematic, comprehensive account of Winnicott’s body of theory, she embarked upon a project to produce one herself. Over several years she researched and wrote a conceptually structured, thoroughly referenced guide to his theory, which presents a clear picture of its overall shape and component parts, and is illustrated by many quotations from his huge oeuvre. Published in 1996, The Language of Winnicott won Outstanding Academic Book of the year, as selected by the Association of College and Research Libraries based in the USA. It has since been translated into several languages including Japanese, and is currently being translated into Mandarin Chinese. The second revised edition (The Language of Winnicott: A Dictionary of Winnicott's Use of Words, 2007), is now one of P.E.P.’s (Psychoanalytic Electronic Publishing) Classic Books.

After publishing The Language of Winnicott, Abram received invitations from countries across the world to lecture on the work of Winnicott, and she has continued to lecture, lead seminars and inform discussions of his ideas ever since. To this day, though long steeped in Winnicott’s thinking, she continues to discover new layers to his ideas, which are articulated through his deceptively simple written style. This distinctive style is particularly evident in his writing on mothers and infants, where he renders psychoanalytic concepts emotionally tangible without sacrificing complexity. For example, instead of referring to the ‘psychic apparatus’, he refers to the ‘self’ and the ‘sense of self’. These plain though powerful words are underpinned by a sophisticated theory that is, at once, highly original and firmly rooted in the metapsychology of Freud, and in Freud’s theory in discourse with Klein. Such stylistically ordinary yet theoretically rich language was, and remains, an inspiration to Abram. So too the scope of Winnicott’s writing: from full scientific papers given to the BPAS, to the programmes he wrote for BBC radio, aimed at parents (primarily mothers) at home in the 1940s.

Over the past twenty-five years Abram has written numerous clinical papers, (translated into several languages, including French, German, Japanese, Polish, Portuguese, Spanish and Turkish), in which she has expounded her own theoretical contributions. Through these papers she has developed a line of enquiry into the ‘surviving object’ and ‘non-surviving object’, her ideas prompted by Winnicott’s late work (1968), yet extending and developing it along new lines. She is currently collecting these writings into a book, The Surviving Object: psychoanalytic essays on psychic survival, to be published by the New Library of Psychoanalysis. Besides the central role that Winnicott’s theory has played in Abram’s analytic career, Marion Milner, Michael Parsons, Kenneth Wright, Rosine Perelberg and Gregorio Kohon have been influential on her clinical work and writing. She follows the work of several French analysts, notably André Green, Haydée Faimberg and René Roussillon, while the contributors to Donald Winnicott Today (2013) were instrumental in further developing her thinking on Winnicott. Above all, however, it is daily clinical work with patients which Abram believes informs, tests and furthers psychoanalytic theory, and which provides its true value and meaning.

2016 Creating an object: Commentary on ‘The arms of the chimeras’ by Béatrice Ithier. International Journal of Psychoanalysis, 97:489-501.

2013 Abram, J. On Winnicott’s Clinical Innovations in the Analysis of Adults. International Journal of Psychoanalysis, 93:1461–1473.