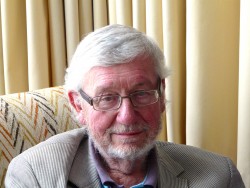 Bob Hinshelwood has been a prolific writer for the last 35 years, whose wide-ranging work covers clinical and theoretical psychoanalysis as well as the application of psychoanalytic thinking to other fields, especially groups, organisations and social science.

He has also been a passionate teacher and scholar of psychoanalysis, most prominently as Professor for Psychoanalysis at the University of Essex.

As a young doctor in the 1960s, before coming to psychoanalysis, Hinshelwood became interested in the anti-psychiatry movement, with figures such as RD Laing and David Cooper who challenged orthodox psychiatry, and in therapeutic communities as a new model for psychiatry. He took to an approach that focused on the subjective experience of psychosis and the social context of mental illness rather than purely on symptoms and their eradication through treatment. Fascinated by Bion’s work on groups and Menzies-Lyth’s on social systems, he became interested in the dynamics of groups and their application for psychiatry, such as in therapeutic communities. His wish to understand psychosis better was one of his motivators to enter into psychoanalytic training and to choose a Kleinian approach.

A teaching commitment for a seminar on Klein led him to study Klein in great depth, including the then still unpublished records of the Controversial Discussions. Fascinated by the rich but difficult to digest writings of Melanie Klein, he was interested in making them more accessible. This eventually led, on the instigation of Robert Young, to the publication of A Dictionary of Kleinian Thought (1989), a single-handed scholarly attempt to explain the meaning and historic development of Kleinian concepts. This was later complemented by a book with a clinical approach to those concepts, Clinical Klein (1994), which took published clinical material, from Klein and her followers, to show how these concepts developed out of clinical work and are used by Kleinian analysts.

Hinshelwood retained his keen interest in groups and social systems throughout his career, influenced initially by Isabel Menzies-Lyth, one of his supervisors in the analytic training. He has had a particular interest in therapeutic communities as a social form of treatment and was the director of the Cassel Hospital (1993-97). He initially published on the theory and practice of therapeutic communities (1979) and of small and large groups (1987). Using a Kleinian psychoanalytic approach, he developed creative ways of understanding the unconscious life of organisations and how their manifest functioning is shaped by socially shared anxieties, unconscious phantasies and defences. He developed a psychoanalytic method of observing institutions (2000), built on Bick’s method of infant observation. In a variety of publications he explored the interplay between the internal world of individuals and the external world of organisations, trying to understand social institutions and society in general in terms of unconscious anxieties and defences (2001, 2002).

Studying Klein and her development in depth aroused Hinshelwood's interest in the history of psychoanalysis in Britain. He explored, for example, the early beginnings of psychoanalysis in Britain (1995) and the development of the Klein group (1997a) as well as “the myth of the British compromise” after the controversial discussions (in a paper published only in German and French). Various historical papers and book chapters followed, on Klein, Bion, Isaacs, psychodynamic psychiatry and Virginia Woolf and, very recently a book on Bion’s intellectual influences (2013a). His interest in the history of ideas in psychoanalysis also led him to edit two books that brought together influential papers of the 1920s and the 1940s.

He has also ventured into other areas, such as the ethics of psychoanalysis and psychotherapy (1997b) and the problems of research in psychoanalysis (2013b).

Hinshelwood has also been very influential for others in the world of publishing on psychotherapy and psychoanalysis. He founded three journals, the International Journal of Therapeutic Communities (now:Therapeutic Communities) in 1980 and the British Journal of Psychotherapy in 1984, both of which he edited for some years, and Psychoanalysis and History in 1998. All these journals continue to thrive. Furthermore he has encouraged many, often junior colleagues to write and has supported them in their efforts, bringing their contributions together in books he edited and frequently co-writing papers and co-editing books.

1997b Hinshelwood, RD.Therapy or Coercion: Does Psychoanalysis Differ from Brainwashing?London: Karnac.