"The Thinking that Causes Crises" - David Tuckett at TedX

In this Tedx talk, David Tuckett (a training analyst and Director of the University College London Centre for the Study of Decision-Making Uncertainty) focuses on using psychoanalysis to understand behaviour in financial markets and the economy.

CNT is a new way of thinking about decisions made under radical uncertainty underpinned by psychoanalytic ways of understanding thinking as well as modern brain science, social science and the psychology of narrative and adaptive heuristics.

The central idea is that people make sense of the world through narratives and that in their construction fantasy and emotion play a vital facilitating role – conviction making it possible for decision makers to act rather than be paralysed by worries about things going wrong. Of course it can also lead to problems.

This new approach  is particularly well suited to understanding behaviour in financial markets and the economy. In the talk he also describes how CNT has been paired with directed algorithmic text analysis, a machine learning method for analysing emotional shifts in large quantities of text documents (such as the news).

Some remarkable findings emerge from the new form of analysis: for the first time, there is statistical demonstration that emotional shifts in narratives in news provide useful information about the future evolution of the economy and via the measurement of Divided States (a concept rooted in Bion and Klein’s thinking) indicate the growth of systemic financial risk. 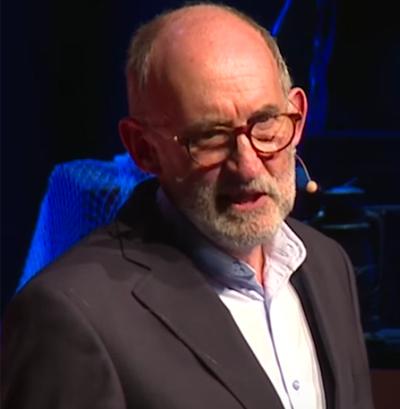