The prize was presented to Dr Steiner at the European Psychoanalytic Federation's Annual Conference in The Hague in April 2017. At the award ceremony, the President of the British Psychoanalytical Society, Prof Catalina Bronstein, gave the following introduction:

"I have the great pleasure and honour to introduce John Steiner, one of the British Psychoanalytical Society’s most distinguished analysts whose ideas on the defensive nature of pathological organizations and psychic retreats are probably well known by all of you and by analysts throughout the world. His writings on technique, on how to reach patients who need to involve the analyst in creating a psychic retreat are profoundly valuable and opened the door to new theoretical and clinical developments.

Even though there is a lot to say about John’s theoretical contributions I thought that I would like to use the brief time I have got to let you know a bit about him, about his life and history. John was born in Prague in 1934. His parents got married in Vienna and moved to Prague where John and his 4 years younger brother were born. As you can imagine, this was an extremely difficult time for Jewish people, and after a visit to Vienna where he saw Jews being humiliated, his father realised that they had to leave Prague. At that moment there was a small window of a few months when the Germans gave exit visas to Jews and John, his parents and baby brother moved initially to Lyon and later to New Zealand. John talks about his experience of knowing what it is to be a refugee and the impact this had on him, making him always feel a great empathy towards refugees. He cannot tolerate when he sees governments and individuals who refuse to open the door to refugees.

John feels that New Zealand was like a psychic retreat, an idealized psychic retreat, a Heaven. He told me, ‘but like the ‘Garden of Eden’ New Zealand was extremely boring’. ‘Because the animals love each other, they eat grapes and nuts, there is no fighting, just peace until we ate the apple and things came alive’. This idealization seemed to cover up trauma. Nearly all of his father’s family died in concentration camps. They refused to leave Prague as they did not realize and could not believe that they were in danger. History shapes us.

John studied medicine in New Zealand. He was always interested in psychoanalysis but frightened of what he felt was its ‘unscientific nature’ and moved to the California Institute of Technology to do research with the Nobel Prize laureate Roger Sperry. He then spent 4 years at Cambridge University doing a PhD, a research with Monkeys. As he describes it, he was looking at whether monkeys had an inherent wish to learn (an epistemophilic instinct) or if they were mainly guided by a reward system. He was actually disappointed at the realization that they were mainly moved by a reward system. So after completing his PhD he went to the Maudsley Hospital in London to do psychiatry and became a consultant whilst at the same time he did the psychoanalytic training at the Institute of Psychoanalysis. His experience with psychotic patients, with groups and with analytic patients, all contributed to the richness of his thinking. John sees his ideas as deeply rooted in those of Freud, Klein and Bion and he was particularly influenced by Herbert Rosenfeld, by Betty Joseph, and by Hanna Segal, who was his analyst.

John was very supportive of psychoanalysis in the public sector. For many years he taught at the Tavistock Clinic and led a memorable ‘Borderline Workshop’.

In 2008 John was awarded an Honorary Doctorate in English Literature at the University of East London.

John’s ideas on technique, on patient-centred and analyst-centred interpretations, on Oedipus ‘turning a blind eye’, on Schreber, his understanding of shame and humiliation, published in Seeing and Being Seen, and on trauma are just part of a long list of very important contributions. I will not mention all his writings but I think it is worth mentioning again the outstanding contribution to psychoanalysis of his book ‘Psychic Retreats.’

John is currently writing on trauma and on illusion and he just edited a new book on the unpublished lectures on technique by Melanie Klein.

It is a great privilege to be able celebrate his award with John, with his wife Debbie who is here, as well as with all of you. I cannot think of anybody more deserving of this award than John Steiner.

Accepting the award, Dr Steiner made the following speech:

"I would just like to say what an honour it is to be given this award at the meeting of the European Psychoanalytic Federation and in The Hague which is such a symbol of justice and peace, perhaps especially this year in which the Dutch have decisively rejected extremism and racism. I also feel grateful that most of Europe led by Germany has been an example of decency to refugees where our own government has failed so shamefully. I feel it is important to register our opposition to the insularity and paranoia which led to Brexit and which threatens our way of life and our good relationship with our neighbours.

No man is an island,
Entire of itself,
Every man is a piece of the continent,
A part of the main.
If a clod be washed away by the sea,
Europe is the less.

Some of you know that more recently I have been interested in the part illusion and disillusion play in psychic life. I have come to recognise that we all need illusion but that eventually, we also need to return to reality. This return however can be extremely painful and may be long delayed.

I want to thank a number of people who made this event possible. First the Sigourney Award Trust, and William Myerson and Barbara Sherland for their generosity. Then my friends and colleagues who supported my nomination and who have been supportive of my work over the years. These  include, Michael Feldman, Priscilla Roth, and Cathy Bronstein who are here today and Ron Britton who has been involved with us in the West Lodge Conferences over many years. Most of all of course I owe to my wife Deborah who often expresses her love in the form of some straight talking which is a great help in my work and which brings me back to reality from the narcissism that these award are in danger of encouraging." 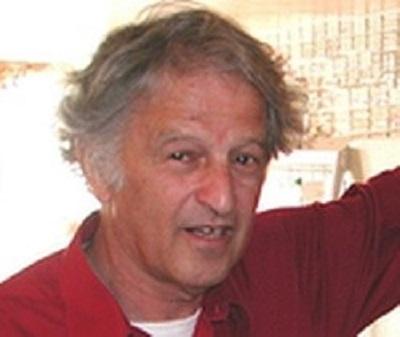