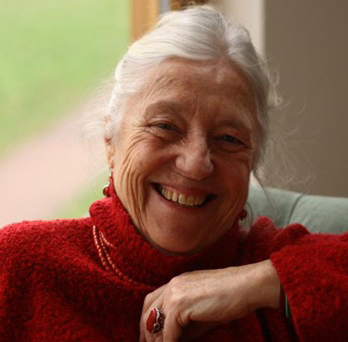 Juliet Mitchell trained as a psychoanalyst in the 1970s and worked full time in private practice in London and then in Cambridge where, in 1996 she combined this with an academic post.

Since her retirement from Cambridge in 2008 she continues to write and teach on psychoanalysis worldwide. She is currently Professorial Research Associate in the Psychoanalysis Unit, UCL where she established and directed the M/Phil and PhD programme.

It is, astonishingly, more than forty years since the publication of Juliet Mitchell’s Psychoanalysis and Feminism. This famous and ground breaking text reclaimed aspects of the intellectual and therapeutic thrust of Freudian psychoanalysis within academia and the Clinic. In that text, Juliet Mitchell wrote that psychoanalysis is ‘not a recommendation for a patriarchal society but an analysis of one’.

Later in her extensive writing on sexuality and psychoanalysis, she asserted again that psychoanalysis is not prescribing how men and women do or should live their lives but instead it analyses how they come to be such beings in the first place (1982, p3). Her psychoanalytic work is rooted in knowledge of many traditions, having written and edited highly regarded texts on Lacan  (Feminine Sexuality 1982) and Klein (Selected Melanie Klein 1986). And she is equally at home in the writings of Donald Winnicott. But the backcloth to all her work is her thorough knowledge of Freudian texts.

Juliet Mitchell’s extensive knowledge of the major psychoanalytic traditions has not meant that she is arguing for a melange of theories. Far from it, she writes:

"To say that Freud’s work contains contradictions should not be the equivalent of arguing that it is heterogeneous and that it is therefore legitimate to take their pick and develop it as they wish. (2003, p1)"

Alongside the appeal against doctrinal rigidity, Juliet Mitchell values interdisciplinary thinking, not, as she puts it, because anything goes, but simply because we need anything we can to consider the development of the unconscious psyche. As with her depth of knowledge of many schools of psychoanalysis, she can make claims for interdisciplinary thinking because her own academic trajectory has been through literature, gender studies and anthropology.

Her writing on sexuality was in the vanguard of what has become a rich seam of contemporary thinking on sexuality in British psychoanalysis. Writing on Lacan led her to recover concepts that Lacan privileged, but for a British psychoanalytic audience. So, for example, she retrieved the notion of Nachträglichkeit, which Strachey translated as ‘deferred action’, and which the French more helpfully translate as the après coup (1982p16). Mitchell argues against what she sees as a move away from the Freudian theory of sexuality. She considers that some later developments in psychoanalysis look not at how sexuality is constructed but ‘what each has got, not what distinguishes the sexes.’ This constitutes a ‘return to biology…a natural heterosexuality and original masculinity and femininity’ particularly in the Kleinian notion of the primal and determining unconscious knowledge of the vagina (1982p20/21) to the neglect of the concept of bisexuality. In 1986 she faced head on the feminist critique of the Freudian notion of castration. She described how the formation of the human psyche was inextricably linked with the existential questions, questions of origin: where do babies come from? what is the difference between the sexes?

Over the last two decades, following the publication of Mad Men and Medusas in 2000, Juliet Mitchell has elaborated her initial work on Freud’s first cases in the Studies on Hysteria. Focussing on the strange fate of male hysteria with its emphasis on trauma both in feminism and in psychoanalysis, she noted the missing link: the sibling relationships. Indeed she described how ‘Siblings came to me as a revelation in the late 1990s after I had spent many years thinking there was something “missing” in our understanding of hysteria. To my relief, I found Anna Freud thought the same!’ (2013, p227)  From this ‘revelation’, Mitchell has staked a claim for the lateral axis in the structuring of the mind. Freud focussed on the vertical axis of the oedipal complex, the child’s desire for one parent meeting the prohibition of the other parent. Later psychoanalytic theory, particularly Object Relations theory continued the focus on this axis but elaborating more on the mother-infant dyad, the pre-oedipal dynamic. Without ever seeking to underestimate the importance of the vertical-parental axis, Juliet Mitchell contends that this has been privileged  at the cost of ignoring the lateral siblings and their ‘heirs’ on the horizontal axis.

She describes the ‘simultaneity of murder and adoration’, and how each sibling ‘evokes the danger of the other’s annihilation’. The birth of a rival, the new sibling, the competitor for parental love threatens the existence of the subject. This evocation of the danger of annihilation at the birth of a new sibling can be experienced as the death of the subject’s self in the mind of the mother, as she is taken up with her new one. The child’s wish is to annihilate the new born rival, to make it disappear: ‘the sibling by seeming to stand in my place, has killed me.’  And then ‘Into the wish to kill the one who annihilates the subject by its existence, rushes the love that was also present in the anticipation of another self….the life drive flooding in to mitigate the death drive (2013, p28/29)

In her elaboration of the lateral axis in the social and at the same time individual story she contends that the possible resolution or mitigation of murderousness often means that rivalry can be seen as the solution to jealousy, rather than synonymous with envy. The rivalrous sibling’s murderousness is transmuted and sanctioned in aggressive play and healthy rivalry – a socially acceptable solution which can easily collapse into pathology.

She convincingly argues that the mother, faced with the ferocious murderousness of the jealous, usurped older child, institutes what she describes as the ‘law of the mother’. Mother recognises the toddler wants to be rid of the baby who has taken its place. She suggests that mother sanctions rivalrous play as a solution to the potential murder. This conceptualisation of the law of the mother has led her to much new writing in recent years.

2006 From Infant to Child: The Sibling Trauma, the Rite of Passage, and the Construction of the

2013 Hamlet, the Lonely Only and his Siblings’. Psycho-analytic Psychotherapy in South Africa 21
(1): 28-60.2013 Complementarity in Sibling Theory. Canadian Journal of Psychoanalysis/Revue canadienne de
psychanalyse 21 (1): 227-230.