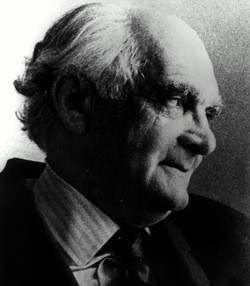 Henri Rey, who was born in 1912, of French ancestry, on the island of Mauritius, had a profound influence on a succession of young psychiatrists who trained under him during his 32 years at the Maudsley Hospital.

Although he was in some ways an anomaly in an institution which was frequently hostile to psychoanalytic ideas, he helped the trainee psychiatrist to make sense of the confusing and disturbing phenomena which they encountered when working with borderline and psychotic patients, and by applying psychoanalytical ideas he helped them to find meaning in much that was otherwise incomprehensible.

He had a special affection for the Maudsley which he would refer to as "the brick mother" and he saw how important the hospital was as a place of safety for patients who were afraid of breaking down and for whom it offered continuity and stability. He retired in 1977 to the Ile de Ré in Western France where he led an active life until his death in 2000.

Despite his French ebullience Henri Rey was a shy man and he did not give a paper in the psychoanalytic society until he had retired. He was nevertheless greatly influenced by his analysis with Herbert Rosenfeld and his supervision with Joan Riviere. His ideas are not as well known as they should be and his major work, Universals of Psychoanalysis in the Treatment of Psychotic and Borderline States, was not published until 1994 and has yet to be fully assimilated by psychiatrists and psychoanalysts.

A spatial model of the mind

Central to this book and to his basic approach to patients is the recognition that the mind is conceptualised spatially. He described how many patients feel prematurely pushed out of the maternal space, before they are ready to face the facts of life. Often an intermediate space is created within the mother’s care that he called the marsupial space since it functioned something like the pouch of a kangaroo, offering some excursions outside but ready access to the protection of the mother.

Many disturbed patients are unable to find an area of safety because when too close to their objects they feel trapped and develop a claustrophobic reaction while when they try to escape they become agoraphobic, terrified of empty spaces which threaten them with disintegration. Rey formulated this in terms of what he has called a ‘claustro-agora-phobic dilemma’ in which the patient is able to find security neither with objects nor away from them.

Rey had a particularly deep understanding of borderline states, and he understood the term to designate not only a diagnostic category of patients but also as a metaphor describing the way such patients structure their mental space and the position they occupy in it. He recognised that borderline patients find choices so difficult that they choose an area between two alternatives, particularly when issues of identity are involved. The borderline patient feels he is neither fully male nor female, neither large nor small, neither inside nor outside, but on the border between these states.

Rey distinguishes between internal and external sources of identity. Agora-phobia leads to a search for an object within which to reside and experience safety in what Rey describes as an exo-skeleton. Here, like a crab or mollusc, the patient surrounds himself with an external structure, but such safety, of course, depends on the continued availability of the external object. Rey argued that true security requires an internalisation of structure, creating an endo-skeleton or backbone. This means that the patient must somehow find the confidence to emerge from the maternal space and approach the object from a position of separateness in order to be able to take something in, and out of it to create an endo-skeleton.

Rey’s paper on reparation is a classic and describes how central this concept is for the working through of loss and despair. With the realisation of the importance of symbolic function, Rey could address the problems that face a patient who is unable to symbolise properly and here he was struck by the failure of such patients to make reparation. Because of their concrete thinking the damage that they have done to their objects is experienced as real and actual and, as a result, the repair which the damaged object demands is equally real and actual. Such concrete repair is mostly beyond the means of any individual and Rey shows how this is one of the factors which encourages omnipotence and a shift towards manic pseudo-reparation. The understanding of such failures in reparation led Rey to pay close attention to what it was his patients specifically wanted from their treatment and he was able to discover that it was often the repair of an object which they had damaged, or felt they had damaged, which was the primary purpose of their analysis. Only after the object had been dealt with did they feel that they were able to ask for anything for themselves.

Rey was particularly concerned with the problem of how it is that a mental representation is transformed from the concrete to the symbolic. Like many of his contemporaries he emphasised the link to death, mourning and loss. It is only as the object is relinquished and mourned that it can be internalised in a transformed state. To illustrate this process he used to quote by heart that beautiful poem Le Cimitière Marin by Paul Valery which illustrates transformation so well.

(As the fruit melts in the enjoyment, transforming its absence into delight within a mouth in which its form is dying…)

1979 Rey J. H. 'Schizoid phenomena in the borderline'. Patient, Le Boit J. and Capponi A. (eds.)Advances in the Psychotherapy of the Borderline. Jason Aronson: New York.