Between Mind and Brain: Models of the Mind and Models in the Mind

by Ronald Britton. Published by Karnac, 2015.

Ronald Britton is one of the most significant psychoanalytic theorists writing today. Now retired from clinical practice, though still active in training, he is perhaps best known for his contributions to Kleinian theory. His first book, Belief and Imagination: Explorations in Psychoanalysis (1998), asked questions such as ‘What is and where is the Imagination in any modern model of the Mind?’ and ‘How can we conceive of it in psychoanalytic terms?’ His second, Sex, Death and the Superego: Experiences in Psychoanalysis (2003), set out his thinking on three concepts that were important to psychoanalysis historically. Britton has always used literature as a kind of interlocutor for analytic theory. Belief and Imagination contains lengthy discussions of, and arguments with, Wordsworth and Coleridge, Blake, Milton and Rilke, as well as Freud, Klein and Bion; and Sex, Death and the Superego contains a compelling reading of the Book of Job and a fascinating extended speculation about the role that Wagner’s operas played in Jung’s correspondence with Sabina Spielrein. Britton is a medical humanist avant la lettre.

The theme of his new book, Between Mind and Brain: Models of the Mind and Models in the Mind, is that we think in models. Britton’s concern is more with the mind than the brain though the early chapters do make reference to contemporary neuroscience. In the first chapter Britton asks a question that once tormented Freud: would psychoanalysis and brain science ever arrive at a substantially overlapping account of mental experience? Britton’s answer is ‘probably not,’ though he thinks the reasons for this have changed since Freud’s time. The success of quantum biological models in neurology has resulted in a situation in which a mechanistic account of how the brain works has been replaced by one that is probabilistic (so outcomes can never fully be determined in advance), and full of complex, counterintuitive interaction (Patrick Haggard of Queen Square has demonstrated that, in a range of situations, the brain executes our intentions before these are consciously formulated in the mind). Freud originally hoped to ground concepts like repression in the workings of different types of neurones. Today, Britton suggests, convergence would have to be sought in other places, using different concepts borrowed from each discipline. At one point, he playfully suggests that the evaporating black holes of quantum mechanics might somehow dovetail with the psychic ‘black holes’ that psychoanalysts have described in very disturbed children. But the comparison remains at the level of play, because the two models aim to capture very different things. And models, along with their potential and limitations, are where Britton’s real interest lies.

For better or worse, psychoanalysis, like other psychotherapies, has to derive its models from directly-reported mental experience. Fantasies, conscious and unconscious, are models in Britton’s sense. But so too are theoretical constructs such as the Oedipus complex, the ‘depressive position’, or ‘basic assumptions’. Many people imagine that psychoanalysts apply these models dogmatically to their patients. On this view, patients are talked into seeing their difficulties as having an Oedipal origin, say. Britton takes this case apart at some length. The psychoanalyst, in his view, should aim as far as possible to set aside all models, especially those to which he is most attached. They will only distort what he sees. To understand another person, you have to tolerate notunderstanding him or her for a long time. Britton is on record as saying that he assumes he does not understand his patients for the first two years of four- or five-times-a-week analysis. Of course, psychoanalytic models are brought in, sceptically, but only gradually.

Occasionally, patients’ difficulties will be very well captured by a model. In Chapter 6, Britton gives the example of a man called Peter who entered psychoanalytic psychotherapy with a stammer. Peter led a very ordered life. He did not work. He had a celibate marriage. He avoided talking to his mother on the telephone, writing typed letters to her instead. And he appeared to have few friends. The model that seemed to fit Peter’s case was of a narcissistic organisation, as described by Herbert Rosenfeld. Patients in the grip of narcissistic organisations may want to make contact with others in the outside world but are prevented from doing so by an internal figure or group of figures who threatens terrible punishment. So it seemed with Peter who felt he had to isolate himself from his wife and mother and from the world of work for reasons that were unclear. Eventually he revealed that from the age of fourteen, ‘there had been a voice in his head that had ordered him not to speak and not to get close to anyone’ (53). Stammering was a way of obeying that voice. Peter also revealed he never stammered and could talk fluently when he was at home alone or when he was with children. Britton and Peter’s analyst took care not to introduce Rosenfeld’s model directly in Peter’s treatment until such time as he gave them cause to, which to their amazed delight he did. The model might otherwise have been a source of distortion and misunderstanding.

Analytic models can be useful only if they illuminate the analyst’s subjective experience of the patient’s subjective experience. But before such a point can be reached, analyst and patient have to learn to hear one another in as unprejudiced a manner as each can manage. It is to Britton’s credit that he does not minimise how difficult this can be for both parties. This stage of ‘building out into the dark’ as Freud called it, has its own micro-models too. Chief among these are the beliefs that the patient holds about himself and his analyst. ‘Believing,’ writes Britton, ‘is a form of object-relating. I think belief as an act is, in the realm of knowledge, what attachment is in the realm of love. The language of belief is clearly cast in the language of a relationship’ (82). For this reason, beliefs offer a point of entry into the patient’s internal world and the figures who inhabit it. They supply models of that world, seen from a certain point of view. At a more basic level still are the unmentalised psychophysical experiences that manifest themselves in the transference as ‘imageless expectations’ (19). These await transformation into the models constituted by fantasies, symbols and dream elements. These lower-level models form the bedrock of most patients’ and analysts’ analytic experience. The larger theoretical models such as the Oedipus complex or the ‘depressive position’ shimmer in and out of view but they must take their shape from this more detailed and theoretically open work. They have no substantial existence independently of it.

The systole and diastole of this process are transference and countertransference. Britton subscribes to the now widely-held but once heretical view that the analyst’s countertransference, far from being an obstacle to analytic progress, is a spur to it. The analyst has to be willing to receive the patient’s unconscious fantasies and to allow them to act on his unconscious mind. The hope is that the analyst will have enough self-understanding to distinguish what belongs to the patient from what he brings himself. Acting as the crucible for other people’s unconscious experience in this way is intellectually and emotionally demanding. As Britton observes, ‘Analytic neutrality does not mean freedom from emotion, it means unbiased observation of its play within ourselves’ (23). In his last book, Sex, Death and the Superego (2003), Britton went so far as to propose a new psychoanalytic nosography based on the kinds of countertransference experience that different sorts of patients evoke and some of that work is rehearsed again in chapter 7 of Between Mind and Brain.

Unsurprisingly, given his previous books, Britton thinks that literature and theology are rich sources of models of mental life. This volume contains interesting new material on myth as a model of mental life and on writing by Blake, Milton and Mary Shelley. Britton sees Milton as a man divided against himself. The theologian author of De Doctrina Christiananeeded to secure himself against a suspicion that God might be a sadist (a line of inquiry which Stanley Fish argues runs through Paradise Lost). But the poet of Paradise Lostmakes Satan the hero of his poem and depicts him as ‘a whole person experiencing conflict, remorse and dread’ (115). Satan (distinct from Milton) is a destructive narcissist in Herbert Rosenfeld’s terms and by engaging with him imaginatively, Milton defends himself against the depressive melancholia Britton thinks lay at the core of his theology. Britton has a vivid sense of what an achievement it is to live out ones conflicts in this way. In similar vein, Britton reads Blake’s Marriage of Heaven and Hell as an exploration of what is entailed in substituting one’s own ideal self for the superego. Most impressive of all is the chapter on Mary Shelley’s Frankenstein (‘What made Frankenstein’s creature into a monster?’). which Britton reads as a parable about the absolute horror of perinatal rejection for both mother and child’ (106).

I have given the barest indication of the many riches contained in this very fine book. I was left with only one puzzle. Britton says a great deal about Darwin the man in this book but very little about Darwinism’s implications for psychoanalysis. He complains at one point that the radicalism of Darwin’s theory of evolution has scarcely penetrated educated opinion. I think he’s wrong about that but what about Darwinian models of psychoanalysis: Bowlby’s, pre-eminently, but also the more modern version of attachment theory promulgated in this country by Peter Fonagy, Anthony Bateman and Mary Target and in the United States by figures such as Allan Schore? Neuropsychoanalysis is completely Darwinian in outlook. It would be good to have Britton’s opinion of these models, not least because they engage so many of his interests. The same thought was with me when it came to neuroscience, a field Britton holds in high regard. Neuroscience uses a thoroughly Darwinian framework when considering the structures of the brain: the basal ganglia making up the reptilian complex were the first to evolve; later came the limbic system, the seat of most of our emotional reactions; finally, the neocortex evolved, from which we humans derive so many of our cognitive advantages. These structures, which can be found in non-human animals too in different proportions, now supply the basis for a great deal of neuroscientific theory. Has psychoanalysis nothing to say about them?

These quibbles are based on a wish that the book had been longer. Coming away from it, my overall feeling was of gratitude for such an incisively-argued and powerful book. 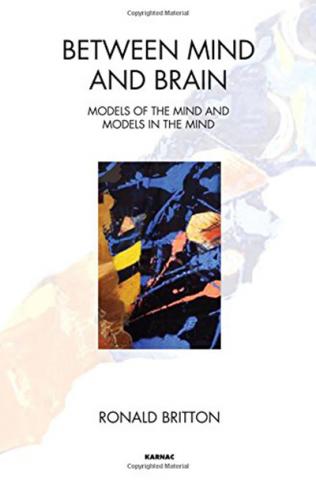