Since Freud, all psychoanalysts have been aware of the constraints of gender which are manifested as transference in the therapeutic process. In Female Experience, fifteen female psychoanalysts representing three generations and differing theoretical orientations within the British Psychoanalytical Society discuss their experiences in working with women, covering such subjects as: * the primitive tie to the mother * sexual abuse * eating disorders * gender acquisition * childbearing * perinatal loss and postnatal depression * the parent/child relationship The analysis of women by women has made a valuable contribution to the development of psychoanalytic theory and practice. The insights afforded by this into the determinants of gender identity will be of interest to practising psychotherapists both male and female, and to students of gender studies, psychoanalytic studies and women's studies.

The analysis of women by women has made a valuable contribution to psychoanalytic theory and practice. Freud had suggested that women analysts were perhaps in a privileged position as their female patients did not take refuge behind the transference to the father which had prevented appreciation of the importance of the mother-child relationship and the effects on the aetiologv of early as well as later mental processes. Perhaps the most valuable contribution is in understanding the determinants of gender identity.

The book is divided into three sections:

Part 1. The primitive tie to mother and its manifestations in the Transference and Countertransference: six articles by six women analysts with an introduction by R.J. Perlberg.

Part 3. Female experience in the psychoanalysis lytic process. Introduction by Joan Raphacl-Leff with four articles about clinical aspects of working with gender-damaged women.

One of the many fascinating things about this book is that the contributors are from a cross section of orientations (Kleinian, Contemporary Freudian, and Independent) from candidate to training analyst status. There is also a convincing sense that the analysands, who are respectfully represented, have also contributed to the fuller understanding of gender and femaleness through the candid expression of their innermost feelings in their analysis. The book conveys a sense of gender and an exploration of its determinants in instinct, history and biology in a continuously impressive way .

Interestingly the stuff of psychoanalysis: dreams, emotions, imagination and fantasy are associated with femininity. Whilst the book concentrates on the feminine and female experience in every sense, the male and men are implied in counterpoint and relation: in other words this is not a book for women only. which its title might suggest.

A particularly fascinating part of the book is where the therapeutic work described conveys how intrapsychic relationships become understandable through countertransferential reverberations which are essentially therapeutic. A revitalising and greater awareness seem to be outcomes of the interaction of the unconsciouses of female to female. Could this be what has been described elsewhere as a corrective emotional experience?

Although women analysts are describing their work with women patients there is an emphasis on a psychoanalytic stance which is human and finally not a female psychoanalysis rather than a male psychoanalysis. This stance helps to understand identity, sexuality and gender and to find the essence of the mutative and understanding.

Six themes recur throughout the book:

I. A psychoanalytic stance of tolerating not knowing and feelings of incoherence and yet believing in meaning.

2. Acknowledging past and current obstacles to female creativity.

3. Useful descriptions and thinking about the phenomena of nebulous appearances of primitive ties evinced in the over-concrete and psychosomatic forms.

4. The importance of insight in changing and transforming anachronistic repetitions and finding, through this, new ways of relating.

5. An emphasis on mourning and working through losses as a way of processing experience and reaching excluded parts of the psyche and working towards integration.

Perhaps most important, I thought,

6. Helping the patient to break out of lifelong self-imposed restrictions through recognising the inevitability of uncertainty and ambivalence. 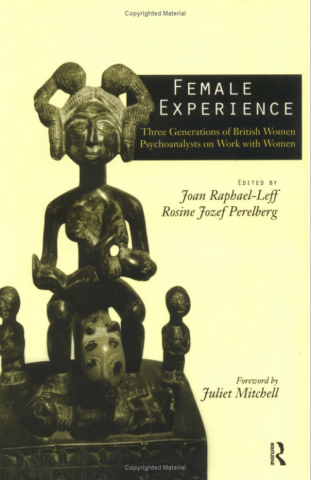