Richard Wollheim's 'The Mind and its depths' – Review by David Bell

Richard Wollheim
- The Mind and its Depths
Published by Harvard University Press 1993, 214pp

Richard Wollheim is one of that rare species – a philosopher who has a deep understanding of psychoanalysis from the inside. He is an honorary affiliate of the British psychoAnalytical Society and one of the world’s leading philosophical authorities on psychoanalysis. He is the author of numerous books and articles on psychoanalysis and painting, which include a masterly overview of the development of Freud’s thinking (‘Freud’ – Fontana Modern Masters); and more recently The Thread of Life (1984) which is an extended treatise on human subjectivity, its manifestation in art, its theorization in psychoanalysis and much else. He also co-edited with Jim Hopkins a seminal collection of philosophical essays on Freud (Essays on Freud).

Wollheim believes strongly that philosophy cannot be separated from other disciplines and most particularly not from psychology. For him, knowledge deriving from psychoanalysis has great importance, not only for the philosophy of mind, but also for questions of aesthetics (he is also a leading philosophical authority on painting), ethics, moral philosophy (Wollheim has doubts about the viability of such a discipline) and jurisprudence - as this volume amply demonstrates. The converse is also clear – that psychoanalysts are much the richer by becoming conversant with some of the vital philosophical issues that are raised by their discipline.

The Mind and its Depths is a collection of essays, occasional papers, and lectures given in the period 1979-1989. Some have appeared elsewhere, but are not readily available. These writings span “philosophy of mind, aesthetics and theory of psychoanalysis:” and, in particular, make a very welcome companion to The Thread of Life. For those who are familiar with Wollheim’s work this volume will be very welcome as it contains the central theme of his “oevre.” For those not familiar, this is an excellent introduction.

Wollheim – and this is one of his strengths – defies categorization. He cites as the recurrent topics of this book “… the nature of expression, in and out of art: the something bodily, or what I call the corporealization of thought; the relationship of pictures and language; whether there really is such a thing as morality … whether it is a dream, or perhaps a nightmare.”

He never seems to set out to give a philosophical lecture as such, but more to confront nagging doubts concerning particular issues and to search out clarification. In so doing, carrying with him his “cognitive stock” (an expression he uses to describe what a critic might necessarily bring with him, in his perception and understanding of a work of art), he comes up against some of the most profound philosophical issues of our time (and also of the antiquity) – such as “What does it mean to look at a picture, and how does this differ from looking at nature?” “How are the mind and body related to each other?” “Can there be such a thing as a fair system of punishment for criminals, derived from a coherent theory, that doesn’t ignore uncomfortable facts?” “What is the nature of perception and how does it relate to representation and projection?”

These diverse threads are held together throughout the volume in two ways – firstly, by being underwritten by Wollheim’s deepest concern – namely, what it is that gives significance and meaning to the lived life: and secondly, through his method, which is in the tradition of dialectical argument: that is, a careful analysis of the implications of one or other point of view concerning a particular subject. Many of the papers do their work by exposing underlying incoherence in the imaginary opponents’ views. Wollheim manages this with a degree of penetration that is at once clarifying and, I find, quite liberating.

His method is also phenomenological in that, when he traces the implications of certain arguments, he also asks: “What would it be like to hold this view, what sort of world does it entail, how does that world appear? Does it fit with what we commonly think to be the case?” For a theory, or way of looking at things to be correct and counterintuitive for example, it has extra work to do. This does not represent, however, any particular respect for common sense per se – as he puts it: “Human psychology is scattered with theses that are obvious, but not true.” A further, deeper perspective which unites these essays is Wollheim’s commitment to a more “objectivist” position. By this I mean that, when discussing theories of art criticism or theories of mind, he believes there is something substantive that is external to the immediate concern, against which the value of a theory can be measured. One such criterion that occurs a number of times in this volume is very close to the concerns of psychoanalysis: “Does this (theory of art, view of justice, model of the mind) add to self-knowledge or contribute to self deception, misrepresentation and misunderstanding?” In these matters Wollheim is no relativist.

The essays gathered together in this volume overlap in certain places and I found this added considerably to the reading. A perspective developed in one essay finds echoes in another and, I found myself quite often going back and forth between the papers, linking perspectives developed in one to those in others.

In “The Sheep and the Ceremony”, Wollheim starts off by enquiring how it is that ritual can give meaning to life, and to what extent the pleasure accompanying such “meaningfulness” is derived from the ritual’s capacity to give expression to deep human concerns – or, alternatively, through its capacity to obscure them. He takes as his model the expressiveness of art: for example, how does a view from the window, that stirs melancholy, differ from a painting that does the same? He points out that any theory of art criticism which restricts itself, so to speak, to the surface of the work of art is unable to distinguish between art and nature. For Wollheim the crucial difference lies inside the mind of the artist, in his intentions and the psychic work necessary for giving them expression. There must be, according to this argument, standards by which we can assess the artist’s capacity, to create for us, the spectator, an experience in which we are able to project onto the surface of the picture aspects of our inner world, and so realize his intention. Wollheim has some interesting observations to make on art which has this type of authenticity, and art which fails to achieve this through turning the process of creativity into one of denial or of projective identification. His work in this area has important connections with Hanna Segal’s work on aesthetics.

I have described some of Wollheim’s views on painting in order to show their links with psychoanalytic thinking. This can be seen again in his attitude to expression, where, for Wollheim, what is given expression is not only the artist’s intentions but the process of realizing of those intentions. Here the argument has a very interesting symmetry with “The Mind and the Mind’s Image of Itself” (the title of his Ernest Jones Lecture given in 1968) which, though not included in this volume, echoes through a number of the papers. He maintains that Freud’s theory gives a model not only of mental activity, but of how these activities are represented: for instance, in the act of internalisation, an object is internalised and the process of internalisation itself is represented. Certain mental activities are, as he puts it, self representing. He leans heavily here on Freud’s famous statement that “the ego is first and foremost a bodily ego” and develops this idea in this volume in the paper, “The Bodily Ego”, revealing philosophical ramifications of it, which, he claims, have been “an important, though well kept, secret of human psychology”.

I will refer only briefly to two other papers of obvious psychoanalytic interest. The papers are “Crime and Punishment and Pale Criminality” and “Desire, Belief and Professor Grunbaum’s Freud”. The former paper examines the implications of Freud’s discovery of an unconscious sense of guilt for theories of punishment, and the essay is presented in the form, almost, of a dialogue with H.L.A. Hart. He then removes those “pale criminals” (i.e. those who are driven to their crimes by powers outside their control) from the periphery to the centre of human psychology, and shows just how problematic this is for any theory of punishment. As he puts it “… If pale criminality is central, the law is an institution that misrepresents us to ourselves. It abets self-deception and disavowal.”

Lastly, the paper on Grunbaum will be of particular interest as Grunbaum’s books seem to be taken seriously even by psychoanalysts, for reasons that readers of this paper will find strange.

The essay falls into two parts. Firstly, there is an enquiry into the epistemological status of psychoanalytic theory – and Wollheim sees as mistaken the view that Freud reconceptualized the mind, believing this to be the source of much misunderstanding. Rather, along with a number of others, he takes the view that there is no major dysfunction between ordinary common sense conceptions of mind and psychoanalysis. What Freud achieved was that he extended vastly the territory of explanation of actions, indeed turned many events (and this includes mental events) which were not considered actions into actions, with a (psychological) causal history. It is through this extension of explanatory schemata that he revolutionized the way in which we think of ourselves.

Having established this, Wollheim turns to Grunbaum, who he believes has misunderstood psychoanalysis profoundly, and whose argument, contra Popper, that psychoanalysis is testable but that it has failed the test, stems from his misunderstandings of what really constitutes psychoanalytic findings. Grunbaum reduces these to mere correlations between external events. In fact, confirmation of such correlations, say between a particular upbringing, or reports of such, and a particular character structure would confirm any number of theories, including some behavioural theories, and would not particularly test psychoanalytic theory. Grunbaum takes, as it were, the meat and dumplings out of the soup because he doesn’t understand that without them it is any old soup – the meat and dumplings for psychoanalysis are, as Wollheim points out, psychological structure – the way we understand the patient’s material in terms of developmental stages, phantasies of omnipotence, expressions of the transference, etc.

I hope I have said enough in this review to allow readers to see my reason for recommending this book so highly. I said above that Wollheim has grave doubts concerning the discipline of Moral Philosophy – this is not because he thinks that morality is unimportant, but for him the really important moral issues are to do with the individual’s capacity to express himself truthfully, and so give meaning to his life. The question which then arises is what sort of social institutions might support such a process? I suspect he might agree with me that we are living in an era where such institutions are profoundly lacking or under assault. Wollheim’s work shines through like a beacon. 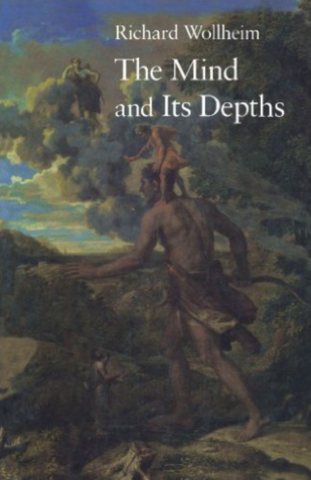