"An extremely satisfying book. I encourage everyone to buy it". - David Morgan, Portman Clinic, London.

Hanna Segal is one of the best known living British psychoanalysts. This book is compiled in honour of her clinical and theoretical work. It offers contributions by internationally renowned psychoanalysts. It includes an extended introductory essay reviewing her contribution to psychoanalysis and a biographical sketch.

David Bell is a Consultant Medical Psychotherapist at the Tavistock Clinic and a Psychoanalyst.

We are indebted to the Editor of the APP Journal, Psychoanalytic Psychotherapy, for allowing us to reprint this review here.

This is the first of two volumes of collected papers - many of which have previously been published - edited by David Bell to celebrate the life and work of Hanna Segal, one of the most influential psychoanalysts of our day. In her foreword, Irma Pick describes Segal's 'incise clarity of mind' and refers to her 'fierce loyalty to the people and ideas that she cares about'. It is for these qualities of reason and passion that Segal commands such enormous affection and respect, and it is these that gave Bell the title for the book.

In his excellent introduction Bell brings to life Segal's pragmatic realism and punchy style of delivery. I particularly enjoyed his description of the meeting at the Institute of Psychoanalysis in which a speaker had suggested that the Society should go along with a situation in which we would be getting ninety five per cent of what we wanted and should not be bloody-minded about the other five per cent. Segal replied by saying that it depended on the five per cent. She went on to describe a patient who had met and wanted to marry a man who was kind, intelligent, shared her cultural interests and son on. There was only one small problem, he was impotent. 'If', said Segal, 'the five per cent is the balls of the matter, then leaving it out is self-castration'. Bell also gives an interesting short biography of Segal's life and a very useful, detailed, and thorough overview of her work.

Bell describes truthfulness as the hallmark of Segal's work. He quotes the lines of Samuel Johnson used by Segal, Bion and Rosenfeld in their joint obituary to Klein: "Whether to see life as it is will offer us much consolation I know not; but the consolation which is gained from truth, if any there be, is solid and durable; that which may be derived from error must be, like its original, fallacious and fugitive." It is this capacity, of knowing what is really there internally and externally, a capacity which involves facing separation, loss and guilt, that Segal considers essential for the development of symbol formation and creativity.

Segal's theories on symbol-formation are a major contribution to psychoanalysis, and Robert Caper devotes his chapter to a very clear exposition of their development. He describes Segal's crucial elaboration of Klein as being '...that the psychotic does not stop phantasising but rather developes a phantasy about his phantasies... that they are literally and concretely true'. He shows how Segal, influenced by Bion, later modified her theory to take reality into account, and illustrates this with Segal's example of the patient who was disturbed by the sound of a motorbike - clinical material that shows beautifully the balance between past and present and phantasy and reality. I found this paper a pleasure to read and it will be immensely useful to anyone wanting to understand or teach this subject.

Alarming examples of concrete thinking and behaviour follow in Leslie Sohn's interesting paper about a small but dangerous group of patients who have committed acts of random violence, in which members of the public are attacked in the street. He argues that total intolerance for any depressive experience leads these patients to act out physically, violently, manically and in an entirely magical and concrete way reversing roles with their victims.

The clinical papers that follow, by Robin Anderson, Eric Brenman, Ruth Riesenberg Malcolm, Roy Schafer, Edna O'Shaughnessy and Betty Joseph describe patients who are unable to face separation, loss and guilt. The focus is on the different ways in which the patients defend themselves against knowing the truth. Great care is given to the detail of the sessions, with the analysts picking up subtle changes in their patients and closely examining their countertransference responses. The reader is shown how the analyst can be pulled in to subtly different kinds of enactment with their patients - an area about which there is a great deal of interest at the moment. These papers owe much to the influence of Bion and Joseph, analysts whose work has influenced Segal as much as hers has influenced theirs, and Segal is not centre-stage. At times I wondered why these particular papers had been selected. Nonetheless they are impressive papers which are enormously informative about the way in which Kleinian analysts are working today, and interesting theoretical and technical points are raised. Riesenberg Malcolm, for example, describes the difficulties of working with a very disturbed patient, but does not modify her technique; and she suggests that the analyst's ways of dealing with their own guilt affects their ability to face that a patient might be beyond repair.

Bell refers to the balance of Segal's approach between past and present, internal and external, and phantasy and reality. This balance is reflected in most of the chapters. In their non-clinical paper the Sandlers are explicit about the importance of being able to differentiate between construction (insight into the patient's current inner world) and reconstruction, and between present unconscious and past unconscious. O'Shaughnessy makes a plea in her paper for balance in what she refers to as 'the interminable debate' about transference versus extra-transference interpretations. She points out that the important question to ask is 'whether the analyst's technique wards off, rather than permits, the entry of what is new new and disturbing'.

This book contains an impressive collection of papers. The first two chapters of it focus substantially on Segal, and are essential reading for anyone interested in her work, while the other papers add an interesting variety of subtly different perspectives on clinical problems. A very useful collection for anyone engaged in clinical work.

Penelope Garvey is a Member of the British Psychoanalytical Society 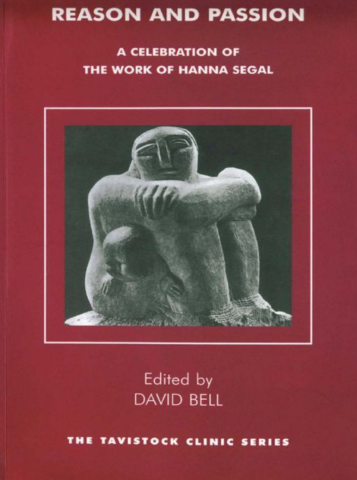