Milton, Polmear and Fabricius 'A short introduction to Psychoanalysis' – description including review by Peter Fonagy

A Short Introduction to Psychoanalysis aims to engage and interest all those curious about what psychoanalysis really is. It is written in an accessible style with lots of clinical examples, while at the same time recognising the depth and complexity of both theory and practice. The book will appeal to those studying psychology from A level up to post graduate level, interested fellow professionals, those considering psychoanalysis as a career, and the generally interested and curious reader.

Chapter 1 begins in the consulting room with patient and analyst in the middle of a psychoanalytic session. The questions ‘who are the patients?’ and ‘what is psychoanalysis?’ are explored and the nature of the psychoanalytic process is described.

Chapter 7 describes some of the ways in which psychoanalytic thinking is used outside the consulting room. Chapter 8 locates psychoanalysis amongst the other psychotherapies. Finally, chapter 9 describes the psychoanalytic profession as it is organised in the UK: the training, ethical code, its relationship to regulatory bodies and relevant professional bodies at national and international levels. Frequently asked questions are addressed and events, run by the Institute of Psychoanalysis, including those for the general public, are described.

This is quite simply the best introduction to psychoanalysis ever written. Like the homepage of Google, it is uncluttered yet the interested reader will find most of what they need to know about what psychoanalysis is and is not, with ample links connecting to where to find the rest. The book is exceptionally accessible, balanced and entertaining. There is no need to search any longer as to what to recommend to anyone who wants to orient themselves around this complex field. The field will be greatly indebted to these authors for many years.

The authors are Training Analysts of the British Psychoanalytical Society. 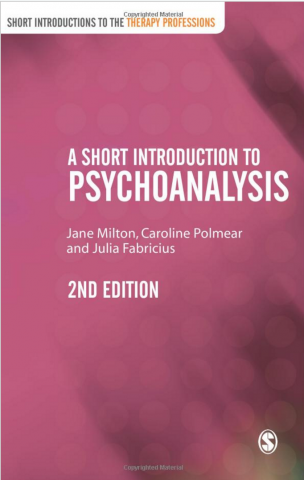