The Greening of Psychoanalysis - Gregorio Kohon

I started reading André Green’s work in Spanish translations published in Argentina from the late ‘60s. In 1966, Green suggested that psychoanalysis would never give us the peaceful certainty of possessing the truth; instead, it teaches us that we have in us the tools of a knowledge that our knowledge ignores. It took me a few years to understand this – and truly to accept it. In 1975, I attended the 29th International Congress of Psychoanalysis “On Changes in Psychoanalytic Practice and Experience: Theoretical, Technical and Social Implications”, which took place in London. There were two pre-published papers, one by Leo Rangell and the other by André Green. Rangell advocated a psychoanalysis that should keep itself confined to treating neurotic patients, not attempting to conquer new territories. In time, his paper was destined for relative obscurity. Anna Freud, who had been invited to open the discussion at the congress, supported Leo Rangell’s position, defending what she considered to be her father’s “true” ideas. In contrast, Green indicated and anticipated some of the changes that were to take place in psychoanalytic theory and practice. In “The analyst, symbolisation and absence in the analytic setting (On changes in analytic practice and analytic experience)…” Green drew a clear distinction between neurotic and borderline patients, each type conforming to a different psychic organisation, requiring alternative ways of analytic listening, demanding different theoretical tools for understanding. Inevitably, this also implied the need for developing a diversity of technical approaches and techniques. Clearly, Melanie Klein, Bion, Winnicott and their colleagues from the British Society had been treating disturbed patients for a considerable time; Green’s paper included a dedication to the “…memory of D. W. Winnicott”, hence publically acknowledging his debt. Although Green’s paper was not necessarily fully understood at the time, in the following three decades it was to become a most important paper in the Anglo-Saxon world.

Traditionally, psychoanalysts argued for a theoretical continuity between Freud’s first and second topographical models. But what if the second topography did not fit in so neatly with the premises of the first one? Green courageously addressed the uncertainties created by the theoretical changes established by Freud. How did we understand unconscious guilt in the cases where it persisted in malignant ways? What constituted negative therapeutic reaction? Why primary masochism? How did we approach the problems posed by narcissism? What did we understand by trauma? What did we understand by the compulsion to repeat? And, most importantly, how did we include the concept of nachträglichkeit (après-coup) in our psychoanalytic constructions? French analysts paid special attention to these questions through the re-evaluation of the concepts of primal phantasies (primal scene, seduction, castration, Oedipal complex); primal repression; primary identification and others. The issue of psychic development became most relevant, the question of representation becoming central to psychoanalytic discourse. For those who believed and continue to believe that the unconscious was mainly constituted by repressed elements of primitive object relations, the psychoanalytic ideas held by our French colleagues created a number of uncertainties and disagreements. Two different contemporary paradigms were being established: one considered the existence of an object, be it good or bad, benign or malignant, present or absent, from the beginning of life; here, the presence of the object often took the mother-infant relationship as its basic model; mourning would always imply the memory of an object that had existed and was subsequently lost. In the second paradigm, the very question of representation, a basic function of the mind, was expanded, its understanding becoming somewhat more complex. Through this emphasis it became possible to ponder how a memory was not capable of being represented: the original object only had a negative existence; it may not have existed or it might not have been registered as a presence in the psyche of the subject. Instead of a memory of the object, there was no representation; paradoxically, the existence might be that of a non-representation. Since the libidinal disinvestment of a negative object would not allow for symbolic representation, how could this emptiness, these psychic holes created by decathexis be conceptualised? Such patients cannot symbolise the trauma nor can they contain the destructiveness present in their predicament. Green’s article on the dead mother, published a few years later, became an extraordinary account of the new paradigm. The paradigmatic changes inevitably led to a re-evaluation the concept of the drives, of energy, and, very specifically, the relationship or the disconnection between the drives and representations. For there might not be representation; the drives are expressed in action and in somatic discharge, rather than in words. How do we dream the dream of a patient that cannot dream? If we are dealing with emptiness and decathexis, mourning would not be about the loss of the object but about the loss of meaning. The libidinal investment in a negative existence may be then created and re-created après-coup, both in life and in the analysis. In these cases, primary identification does not take place in relation to an object but in relation to a hole. Can love be possible later in life? This is doubtful. Passions, pleasure and sharing with another would be unattainable.

André Green, through concepts like the dead mother complex, de-objectalisation, thirdness and his writings on affect, language, destructiveness, the role of the object, the maternal function, the psychoanalytic frame and his introduction to the work of the negative, helped us to reconsider the treatment of disturbed, non-neurotic patients in new ways. This alternative model of psychoanalytic understanding and working with patients in the consulting-room has found an echo in a new generation of British analysts (Dana Birksted-Breen; Michael Parsons; Rosine Jozef Perelberg and others).  The papers presented recently by Birksted-Breen, Perelberg, and myself to the 2014 English-Speaking Week-end Conference were clear examples of the changes that are taking place. Perelberg put forward the idea that “…psychoanalytic work takes place in the après-coup [through] the link between the here and now, and there and then”. Most relevantly, in the treatment of borderline and non-neurotic patients, the analyst’s interpretations, in making this link (as suggested by her) create the element of thirdness; through this, symbolisation is then made possible. Green’s legacy is indeed very great and alive.

I met André and Litza, his wife, for the first time in 1993, in Brisbane, Australia. My wife Valli and I had invited him to participate in the conference on Psychoanalysis, Madness and the Theatre, organised by the Brisbane Centre for Psychoanalytic Studies. He presented a paper on “Scenes of tragic madness in Ancient Greece”, another example of his intellectual talent and range. After the conference, we had the opportunity of spending four days by the sea. The main beach in Noosa Heads, on the Sunshine coast, is safe, and we all had a good time swimming. On the second day, we hired a boat and crossed the river, landing on the North Shore; there, the surf is dangerous, with rough currents that can be difficult to negotiate; the presence of sharks and even poisonous sea-snakes does not make it any easier. Following the example of the locals, we had never dared to swim in that sea. Contemplating the waves, André said: “this is more like it”. He was 64 years old; although we warned him of the dangers, he insisted on wanting to swim. André waded cautiously into the water, trying not to lose his balance. Feeling rather responsible for his safety, I followed him. Clearly, swimming was out of the question. André, humbled, squatted down and gave himself a splash. Back on the boat, he joked, “well, another sea conquered!” We developed a strong friendship, and he remained a loyal friend and a generous colleague to the end of his life.

André Green had many good friends internationally and in the British Society, across different generations. He was always willing to enter into a dialogue, not always cordial, at all times passionate, with everybody. After we returned to live in London in 1995, I had the privilege of presenting clinical material in his seminar in Paris, and was invited by him to form part of an international group of clinical research on borderline phenomena sponsored by the IPA. The participants were Otto F. Kernberg and William I. Grossman (USA); Jaime M. Lutenberg and Fernando Urribarri (Argentina); André Green and Jean-Claude Rolland (France), and Elizabeth Bott Spillius and myself (UK). Between January 2000 and September 2003, in long and intense week-end clinical meetings, we had the opportunity of witnessing André’s extraordinary clinical acumen, his psychoanalytic sensitivity, his exceptional knowledge and his helpful theoretical clarity, in an atmosphere of friendly collaboration (See Resonance of Suffering, edited by him). Green considered Lacan, Bion and Winnicott as his most inspiring teachers. In recognition of the very special relationship that he had with the British Psychoanalytic Society, he was invited by the late Professor Joseph Sandler to be the Freud Memorial Professor at University College London (1979-1980); a few years later, he was made an Honorary Member of the British Psychoanalytical Society. The Scientific Committee of the BPAS is planning an International Homage to André Green, entitled ‘The Greening of Psychoanalysis’, on 18th and 19th September 2015. The speakers will be Litza Guttieres-Green from France; Jed Sekoff, from USA; Fernando Urribarri, from Argentina; and Jan Abram, Michael Parsons, Rosine Jozef Perelberg, and myself from the UK. It should be a memorable homage for a memorable psychoanalytic giant.

Gregorio Kohon is a Training and Supervising Analyst of the Institute of Psychoanalysis. He has published No Lost Certainties to be Recovered; and Love and its vicissitudes (co-authored with André Green). He also edited The British School of Psychoanalysis: The Independent Tradition and The Dead Mother – The work of André Green. He has published four books on poetry in Spanish. His novel Red Parrot, Wooden Leg was a finalist in the Fernando Lara Prize 2001, Planeta, Barcelona. He was a Visiting Professorial Fellow, at Birkbeck College, London from 2010 to 2011. 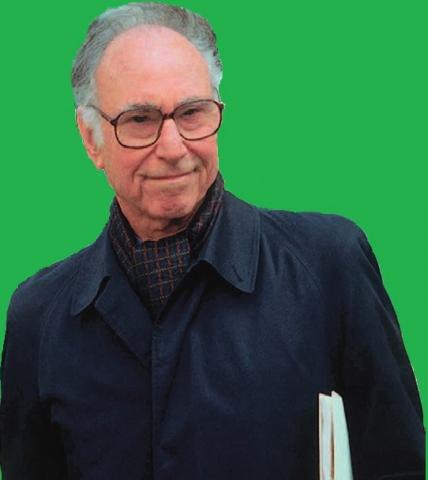