Psychoanalysis, Ethnography and Religious Practice: A Study of a Mosque Congregation - Judy Shuttleworth

Ethnography is the study of naturally occurring human events, developed by social anthropologists in the last century. It has parallels with the emergence of psychoanalysis as the study of individual experience in real time within a clinical relationship.  Infant Observation has been a part of the training experience of psychoanalytic clinicians in the UK for more than fifty years (Miller et al 1989).  As an ethnographic study of infancy, informed by psychoanalytic and developmental thinking, it forms a bridge with social anthropology (Rustin 2006, and Shuttleworth, in press). The focused particularity of the clinical encounter takes place within a larger social context and the imaginative currents of culture that flow through it. While this context is mainly the province of the other social sciences, Winnicott (1958) saw the beginnings of culture in the emergence of a ‘transitional’ mental space that is both within and beyond the infant. The concept is relevant to social formations beyond the family.

Islam has now become prominent in public consciousness,  but the project which I describe here was not intended to address this.  It was a small scale study of the life of one particular mosque congregation and the issues raised concern the emotional and moral commitments of religious communities more generally. There were regular events at the mosque that lent themselves to observation – Friday prayer, the rituals of Ramadan and other festivals, religious ceremonies around life events, lectures and study groups for adults, classes for children, social and fundraising events and administrative meetings. Out of these, I built a framework of regular visits and an ethnographic study on the pattern of infant observation, in order to observe the nature of communal life and religious commitment and explore the relationship between ways of thinking that have developed within psycho-analysis, infant development and social anthropology.

In the mosque where my study took place, the congregation, far from being homogeneous, was drawn from a number of different ethnic groups who had migrated to the UK under very different circumstances over the last fifty years.  This ethnic and cultural complexity was reflected in the life of the mosque. While the main religious rituals were highly structured and conducted in the Arabic of the Quran, all other events that arose in response to the needs of the moment were conducted in English which was the shared language of the mosque. Although the rituals of worship were central, religious life was also elaborated and extended through many other forms of activity and relationships.

The mosque was a physical structure, a place of collective religious practice and a focus of social relationships.  It was a manifestation of a shared moral world rooted in the texts of Islam, the Quran and the accounts of the religious practice and teaching of Mohammed, but shaped also by images of the different societies left behind and of the one in which the congregation were now living. For some, the encounter with religious pluralism in the UK was a new experience while for others it created continuity with their society of origin and the particular perspective on religion associated with it.

Allowing another person on-going access to intimate emotional processes in your life, whether in a clinical setting, within the home in infant observation, or within your place of worship, requires the development of particular sort of relationship with the observer which is based not only on the capacities of the observer but also on the qualities of the observed. To the extent that the congregation tolerated my presence as a non-Muslim, an inter-subjective space emerged within which to observe events within the mosque and to experience the response to my presence. It was at times an uncomfortable reminder of the feeling of being scrutinised that is widespread among Muslims at the present time. However, these tensions around how Muslims and non-Muslims view one another were the complex perceptions that they as Muslims had of each other.  This arose not only from representations of Islam in the media but also, as in the congregation in my research, through contact with Muslims from diverse cultural backgrounds and traditions of religious practice, within a non-Muslim society. In seeking to understand this situation it is important to differentiate between experience generated directly through the structured physicality of ritual, that which is made verbally explicit in a religious discourse and that which is created in the daily living out of a religious tradition.

Being a Muslim is rooted in identification with the religious practice and form of life of a human being, the Prophet Mohammed.  Central to this is the congregational prayer around mid-day on Friday. From the women’s balcony which overlooked the men’s prayer hall, the sound of the imam’s voice and the light of a chandelier appeared to rise up from below and spread out. The impact was striking. What had seemed a desultory collection of individuals or small groups (with some praying privately but many just chatting), gathered itself and formed into lines, taking up a common orientation and closing the gaps between them, so that no one was left standing alone.

A powerful aesthetic transformation took place as the congregation gathered and synchronised itself in ‘attunement’ with the ‘music’ of the Arabic recitation.  The music of the Quran and the familiar choreography of prayer offered a direct bodily experience of relatedness that was quite different from that gained through ordinary verbal communication.  During a sermon, an imam would talk about the universal community of Muslims in the present or struggle to invoke, through  everyday language  the first Muslim community, but it was the ritual of prayer that seemed to bring about the aesthetic and emotional transformation of those present into a religiously meaningful gathering  –  a community of Muslims.

Sometimes the contrast was painful between those scenes that drew attention to the nature and power of ritual and the mundane social transactions that took place around it and the sense that, by comparison with prayer and recitation, sermons were all too human constructions. Yet, the shared life of the congregation extended beyond ritual into the many activities in and around the mosque which were also ways of expressing and sustaining its collective purposes. But the further one moved from the core of ritual prayer, the more diversity emerged and the more uncertainty needed to be borne. As the congregation was drawn from many different countries, the awareness that there were many different ways of being Muslim was unavoidable.  Being Muslim could no longer be something lived out implicitly as part of a way of life. This had given rise to new self conscious perspectives and a wish to learn about Islam rather than simply being Muslim by birth. However, with this came the anxiety that the ‘taken for granted’ patterns of religious observance might now be thought of as error and that each individual would be responsible for their own practice on the Last Day.

Some groups within the congregation continued to pursue the devotional forms of their home countries. Others were actively involved in assuming the responsibility for their own practice within one of the many currents of religious renewal. The core group within this mosque embodied a particular vision of the balance between Islam and the world linked to an experience of ethnic and religious diversity in the past that they continued to live out in the present.  The mosque they eventually built was able to contain a diverse congregation and accommodate their religious and cultural needs but only did so by resisting demands that one particular view of Islam should dominate. While some may take it for granted that such diversity in faith was a manifest good, it is a complicated and sometimes painful matter within the congregation and the tensions such a situation creates have to be lived out locally.

But the problem is also ours. The question of how to take seriously the religious worlds of others has long been a source of difficulty within both anthropology and psychoanalysis. Both adopted third person perspectives that marginalised the point of view of the religious adherent:  within anthropology, through the analysis of religion and ritual in terms of ideology and mystification; within psychoanalysis through a view of religious experience as illusion or delusion, a failure to attain a fully mature sense of reality. However, if we treat statements of belief, as the anthropologist Pouillon (1982) suggests, as an affirmation about that in which ‘I place my trust’, religion can be understood as a form of practice which brings to life, in psychic reality, the objects – in the psychoanalytic sense – that we trust and depend on.

In recent years there has been a greater willingness within anthropology to think about the efficacy of ritual in terms of what people say about their own religious practice, for example Cannell, (2007), while some psychoanalytic writers such as Black (2000) have sought to understand the impact of religious practice in terms of psychic development. Yet, as Blass (2004) points out, there is a danger in side-stepping the truth claims of religion in favour of more inter- and intra-subjective accounts to which more traditional religious adherents themselves would not subscribe. The material reality of religious practice and the reality for the believer of a non-material truth remain different kinds of objects.

Black DM (2000). ‘The functioning of religions from a modern psychoanalytic perspective’  in Mental Health, Religion and Culture volume 3 :1  pp 13-26

Pouillon J (1982) ‘Remarks on the verb “to Believe”’. In Izaard M. and Smith P. (Eds)  Between Belief and Transgression. London: University of Chicago Press pp 1-8

Judy Shuttleworth took her first degree in Social Anthropology at Manchester University and then trained as a Child and Adolescent Psychotherapist at the Tavistock Centre in London.  She has spent her clinical career in a variety of public sector settings and now works in both the Paediatric Department of the Whittington Hospital and the Child and Adolescent Psychotherapy training at the Tavistock Centre. Five years ago, she completed an MSc in Anthropology at UCL and her doctoral research is registered with the London School of Economics. 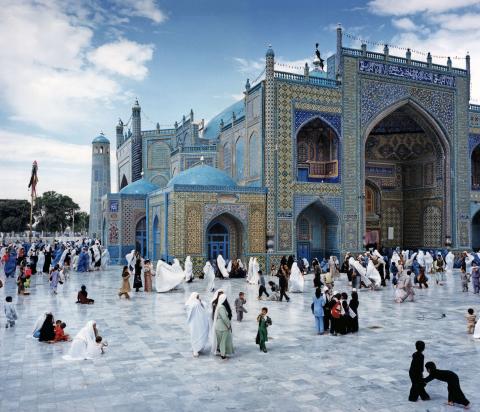