In October 2010 the Institute of Psychoanalysis held a two-day interdisciplinary conference on “Engaging with Climate Change: Psychoanalytic Perspectives.” A current view I agree with is that engaging with climate change is linked with caring for nature. In the paper I gave at the conference I argued that as well as fearing and hating nature we love nature and loving nature is an ordinary part of human nature. I emphasised that engaging with nature necessitates engaging with politics, history and culture, to better understand how they shape and influence our relationships with nature.  I explored ways in which capitalism in its current deregulated and global phase actively seeks to erode our loving feelings for nature and to persuade us that we are apart from nature and not part of nature.

Nature is defined in the environmental literature in many ways and I think some of the views of nature are rather idealised. Our love of nature can be idealised too.  Genuine love of nature is flawed and limited, may be non-continuous and lost and found. It develops as we develop. As children, we love nature spontaneously, naturally and fiercely, with our bodies, all our senses and orifices, and with an engaging curiosity. Nature seems not yet to have lost the quality of a ‘there-ness’ that greets one, the quality vividly described by Arne Naess, founder of the Deep Ecology movement. We adults delight in this and may pine for our own loss of animism and freshness of engagement.

Our relationships with nature are complex and permeated with phantasy.  We have a profound resistance to knowing the facts about nature and about our human nature, particularly the fact of physical death and that being alive in a psychic sense depends on awareness of death and locating ourselves in time. We resist knowing about our utter dependence on and indebtedness to nature. Freud (1913) noted the problem of feeling grateful towards a Mother Earth that gives us life and then takes it away. Freud linked our phantasied relationships with nature to the relationship with the mother. In this view we can be seen, like small children, to take Mother Earth for granted; to treat her rather like an idealised breast and toilet mother, just there to fulfil our needs and to absorb our waste. However, I think there are limits to the extent to which nature is linked with the mother in the internal world of the psyche. Nature has its own specific and unique qualities. Also, awareness of indebtedness has a cultural aspect. There are other cultures than ours in which debt to nature is far more openly acknowledged.

In my paper I conceptualise nature as those psychic landscapes in which we place our internalised relationships with flora and fauna and with the biosphere itself. These relationships, based on our experiences of nature, are also subject to considerable distortion by phantasy. By landscape I meant place in the internal world of the psyche. I suggested we locate the internal relationships that we arrange in space and time within imaginary landscapes. The term landscape has certain attributes and qualities that are missing in the more abstract term place. One can feel attached to a landscape, more grounded in a landscape and have more of a sense that that ground is shared with others. Internal representations of landscapes have their roots in the physical world and the concept of an internal landscape reflects the way that despite our developed capacity for abstract thinking we remain and need to remain somewhat attached to the physical and the material.  Also, in the unconscious, we have a tendency to represent and envision the internal world and its relationships in landscapes and landscapes figure prominently in our dream life.

Internal landscapes are not easy to think about and are largely unconscious. They are the psychic imaginary places in which we relate to family, to friends, to our social groups, to society, democracy, politics, the market place, to nature, and so on. We also relate to different aspects of ourselves within our inner psychic landscapes. Our landscapes are our settings, socially determined to a considerable degree, and we express and also develop different aspects of our selves within these settings. We find ourselves already placed in landscapes, we find ourselves in landscapes and we find ourselves in landscapes. Diversity of landscape is vital to forming an identity sufficiently rich to promote well-being and the feeling of being alive as a person.

I suggest a rich and elaborated sense of self depends not only on maintaining diversity of inner landscapes but also depends upon feeling at home within one’s different landscapes. By ‘at home’ I mean having a background of safety that stems from a mindful authority we can identify with and depend on. A mindful presence can be parents, or government, or independent public radio, or a national respected figure, or a legal code. It is also a part of the internal self. A mindful presence tries to imagine how the other feels thereby including the other, whereas an unmindful presence may disregard or denigrate the other, leaving the other vulnerable, frightened and excluded.[ii]

It is my contention that deregulated capitalism attacks diversity of inner landscape and, crucially, attacks our feeling at home in our various internal landscapes. It does so primarily by promoting and maintaining a culture of splitting and idealisation and by encouraging identification with superior entitled in-groups and increasing fear of being consigned to denigrated and non-entitled out-groups. It seeks what advertising calls ‘mind share,’ a situation where our relationships in all our various landscapes become narrowed down to being dominated by feeling superior and entitled to exploit and consume the other in the relationship without the psychic pain of guilt and responsibility. In doing so, it exploits the mind’s natural tendency towards splitting and idealisation and seduces the part of us all that seeks to feel superior and entitled to exemption from counting the cost of this.

I would like to focus on just one kind of inner landscape, the settings of our relationships with nature. An ordinary example of the effects of ‘mind share’ here might be that of a person who loves birds and also loves walking who may be seduced away from loving birds into seeing him/herself as the owner of the most special binoculars, the best new walking poles and with a superior capacity to find the best and most exotic global locations in which to walk and see birds. The net result is an increased carbon footprint that will adversely affect birds. I suggest such a person has been both willingly and unwillingly colonised. What is particularly colonised, exploited and deformed is their love of nature.

When we become identified with a position of entitlement to exploit the other without concern or apparent cost, the result is a split inner landscape. Concern becomes something we only show for those we assign to our in-groups, kept near us in our imagination while those we assign to being far away from us we can more easily treat without concern.  Spatially, the ‘far away’ objects can be experienced as in the shadows, or in a forgotten about place, or denigrated and placed ‘on the other side of the tracks’, or located spatially and temporarily in a far off land that may even be called the future.

What might a relatively non-split natural landscape look like? I suggest in such a landscape common ground is shared between self and other human and non human species. Also, on this common ground feelings of empathy and solidarity with other life forms may even offer us solace in the face of death. We better appreciate we are all, as different forms of life, equal in death.  We can perhaps appreciate the enormity of our difficulty in not splitting our natural landscapes when we realise that we have no word for cross species empathy, that it is clearly highly suspect to claim humaneness as a uniquely human trait and that we regularly project into animals all our most undesirable attributes. In addition we are taught to disregard our empathic projective imagination about animals’ feelings on grounds that we are anthropomorphising and/or have no scientific evidence. The idea that our species alone has a capacity for empathy and a moral life has been successfully challenged by the recent and growing body of evidence from evolutionary biology.[iii]

As corporate capitalism has become progressively deregulated and with a global reach, attempts to encourage splitting have become more overt, aggressive and intrusive, as have attempts to blunt our loving feelings for nature, feelings which are necessary to heal the splits.  Shock and awe tactics are increasingly used.

One example is the way that many wild life nature programmes (excluding David Attenborough’s BBC Wildlife series) currently tend to promote identification with idealised, superior and cut off ‘hero’ figures, while simultaneously blunting our feelings and disrupting our capacity to follow a coherent narrative. What is meant to be awesome in these nature programmes is not nature but the narrator. The sounds of nature are silenced with loud, often crass and anthropomorphising music and the programmes also intrude sudden auditory flash noises and sudden visual shots that may include bloody body parts.  Unannounced, these are shocking and we know that in states of shock people are more likely to identify with the aggressor. These techniques, currently far more prevalent across the board in main stream cinema and television, are particularly effective in deadening more concerned depressive feelings and promoting a blank state of mind, one that blanks the here and now of reality and seeks to replace it with the pumped up, self aggrandized, ‘here and now’ state of the dream world of regressive wish fulfilment.

i For the evidence, see Louv (2005) Last Child in the Woods Atlantic Books: London

ii When Margaret Thatcher said there is no such thing as Society, she was attacking a particular landscape.  We were meant to feel outcasts in our identity as citizens, without a psychic home and location as social beings with civic rights and duties and responsibilities to and for each other.  By contrast, when Nelson Mandela went on public radio in South Africa to praise Afrikaans culture when Afrikaans ceased to be an official language he was mindful of how the Afrikaans people would feel outcast and he sought to include them and restore to them their sense of dignity and belonging.

[i] For the evidence, see Louv (2005) Last Child in the Woods Atlantic Books:London

[ii] When Margaret Thatcher said there is no such thing as Society, she was attacking a particular landscape.  We were meant to feel outcasts in our identity as citizens, without a psychic home and location as social beings with civic rights and duties and responsibilities to and for each other.  By contrast, when Nelson Mandela went on public radio in South Africa to praise Afrikaans culture when Afrikaans ceased to be an official language he was mindful of how the Afrikaans people would feel outcast and he sought to include them and restore to them their sense of dignity and belonging.

News & Events is published by the Institute of Psychoanalysis 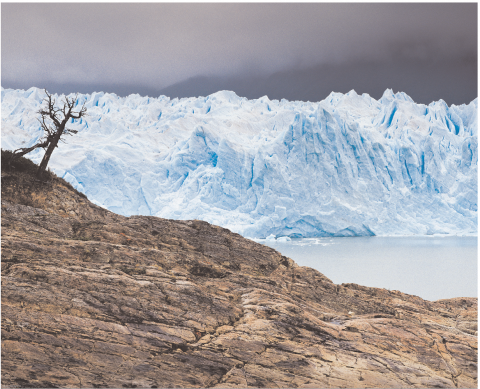