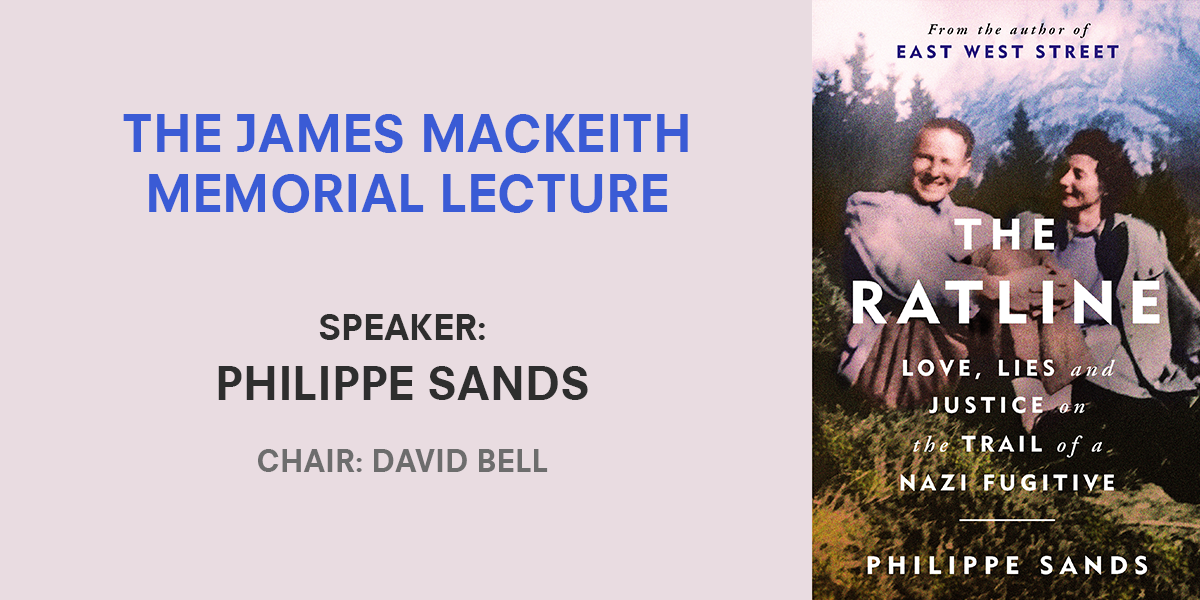 This event has will now be delivered remotely via Zoom.

Love, Lies, Justice and Memory: Thinking about The Ratline

Philippe Sands, QC is Professor of Law at University College London and a practising barrister at Matrix Chambers. He frequently appears before international courts, including the International Criminal Court and the World Court in The Hague, and has been involved in many of the most important cases of recent years, including Pinochet, Congo, Yugoslavia, Rwanda, Iraq and Guantanamo.
He is the author of lawless world (on the illegality of the Iraq war), torture team (on the embrace of torture by the Bush Administration) and the sunday times bestselling east west street. He is a frequent contributor to the financial times, guardian, new york review of books and vanity fair, makes regular appearances on radio and television, and serves on the boards of English PEN and the Hay Festival.

In THE RATLINE Philippe Sands offers a unique account of the daily life of a Nazi fugitive, the love between Wächter and his wife Charlotte, who continued to write regularly to each other while he was on the run, and a fascinating insight into life in the Vatican and among American and Soviet spies active in Rome at the start of the Cold War. Using modern medical expertise, the door is unlocked to a mystery that continues to haunt Wächter's youngest child - what was Wächter doing while in hiding, and what exactly caused his death?

JAMES MACKEITH, OBE, who died in 2007, was an outstanding Forensic Psychiatrist who dedicated himself to Human Rights issues and to the collaboration between his field and psychoanalysis.

REFUND POLICY: Tickets are fully refundable until 14 days before the lecture, after which time no refunds will be issued

Views and opinions expressed by speakers are their own and do not represent the views or opinions of the Institute, event organisers or other speakers

Show large map
Phone: 020 7563 5017
Phone: 020 7563 5016
Email: outreach@iopa.org.uk
If selected, only members with the status New, Current or Grace and those that have a website account will be able to register for this event.
Register Now